The minor in film studies is an excellent complement to any degree at Portland State University. Students in the program gain a rich understanding of the medium of film. The film studies minor is a very flexible program: students may select from a number of courses in various departments including film; English; world languages and literatures; art; history; Black studies; women, gender and sexuality studies; and sociology.

Students in the program acquire a basic understanding of the technology of the film medium, become familiar with its history, know how to write academically and journalistically about film, and gain a theoretical grasp of the power of visual culture in contemporary life.

A minor in film studies provides you with a well-rounded foundation in storytelling, helps you build skills to work in groups and teams and communicate professionally, and connects you with the growing Northwest film industry. Portland is fast becoming a hub for filmmaking and is home to a vibrant community of independent and large-budget films such as “Portlandia,” “Leverage,” “Grimm,” and “The Librarians,” and “Shrill.”

Portland is a popular city for writers and creatives interested in pursuing careers in film TV and production work. Portland State contributes to this community by creating an environment for aspiring writers and creatives to grow and develop. Our students have interned on TV shows like "Portlandia" and "The Librarians," worked on independent films, assisted local equipment and production companies, and helped to plan Portland film festivals. We believe that hands-on knowledge is a critical part of our film program, giving you context for what you learn in the classroom.

Students at Portland State and in the Film Studies program are encouraged to take part in our student groups:

What can I do with a minor in Film Studies?

Students who minor in film studies go on to careers in many different fields, from politics to book editing. Writing, storytelling, film editing, and production skills are valuable in many industries. We prepare our students to be adaptable and thoughtful communicators. 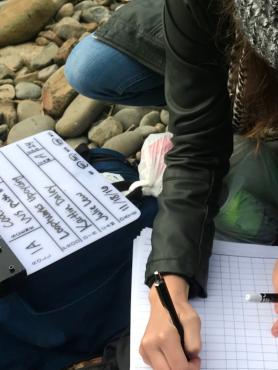