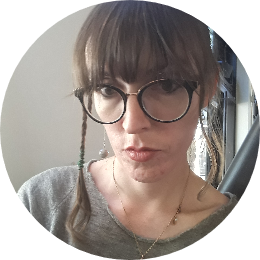 Tabitha Nikolai is a trashgender gutter elf and low-level cybermage raised in Salt Lake City, Utah, and based in Portland, Oregon. She creates the things that would have better sustained her younger self--simulations of a more livable future, and the obstacles that intervene. These look like: fictive text, videogames, cosplay, and earnest rites of suburban occult. Her work has been shown at the Portland Institute for Contemporary Art, the Utah Museum of Contemporary Art, Vox Populi in Philadelphia, Ganka Gallery in Tokyo, and has been covered by i-D Magazine, the New York Times, and Art in America. She hopes you're doing okay.