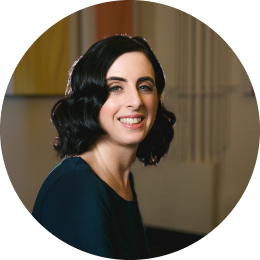 Kerry Politzer is a jazz pianist with classical and Brazilian influences. She received a Bachelor of Music in Jazz Piano from the New England Conservatory of Music, where she studied improvisation and composition with jazz guru Charlie Banacos. Kerry teaches private jazz piano and composition lessons at Portland State University.

Kerry lived in New York for many years, during which time she toured with DIVA No Man’s Band. Performances included gigs at the Blue Note and on the QE2 with Dianne Schuur and Slide Hampton, and a quartet performance with the great guitarist Larry Coryell.

The pianist has released six CDs as a leader, including Blue in Blue, which featured saxophonist Donny McCaslin and was termed a “first-rate jazz outing” by AllAboutJazz.com. Kerry has also been a featured sideman on albums of George Colligan (her husband), Laura Dreyer, and the Portland Jazz Composers Ensemble. Kerry’s 2005 CD Labyrinth was a finalist for Best Jazz Album in the 2007 Independent Music Awards. The title track from her first album, Yearning, was featured on Sax And The City: Musical Contributions From New York’s Best Women Jazz Instrumentalists (Apria Records, 2004).

Kerry’s latest release, Below the Surface (2014), is available on PJCE Records. Her newest project is Bossa PDX, a band for which she transcribes classic bossa nova arrangements. She also plays with the Portland Jazz Composers Ensemble and Nica’s Dream, an all-female Portland modern jazz quartet.