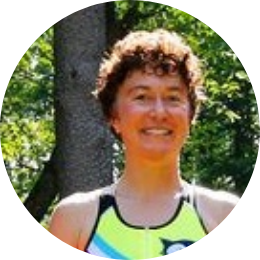 Jay L. Nadeau is an Associate Professor in the Physics department. Prior to PSU, she was associate professor of biomedical engineering and physics at McGill University (2004–2015) and a Research Professor at Caltech (2015-2017). Before McGill, she was a member of the Jet Propulsion Laboratory’s Center for Life Detection, and previous to that a Burroughs-Wellcome postdoctoral scholar in the laboratory of Henry A. Lester at Caltech. She received her PhD in physics from the University of Minnesota in 1996.

The Nadeau Lab’s research interests include nanoparticles, fluorescence imaging, and development of instrumentation for the detection of life elsewhere in the solar system. Funding comes from NASA, the NSF, private foundations, and industry. The group features chemists, microbiologists, roboticists, physicists, and physician-scientists, all learning from each other and hoping to speak each other’s language. A believer in bringing biology to physicists as well as physics to biologists, Jay teaches upper-division courses in Biophysics, Statistical Mechanics, and Quantum Mechanics. She also teaches Radiation Physics in the OHSU Medical Physics program, a course that PSU graduate students may enroll in under the reciprocal enrollment agreement. She is the author of two textbooks, Introduction to Experimental Biophysics and Truly Tricky Graduate Physics Problems.

Jay is committed to fostering diversity and inclusion in STEM, and seeks to broaden the pipeline into physics by creating new courses and programs that are friendly to people who are coming to physics after other careers or majors, to working professionals including teachers, and to underrepresented students. She is a member of the International Society for Optics and Photonics (SPIE), the American Association of Physics Teachers (AAPT), the American Physical Society, and the American Chemical Society.

Jay is the 4+1 BS+MS program director and should be contacted directly with any questions regarding that program.