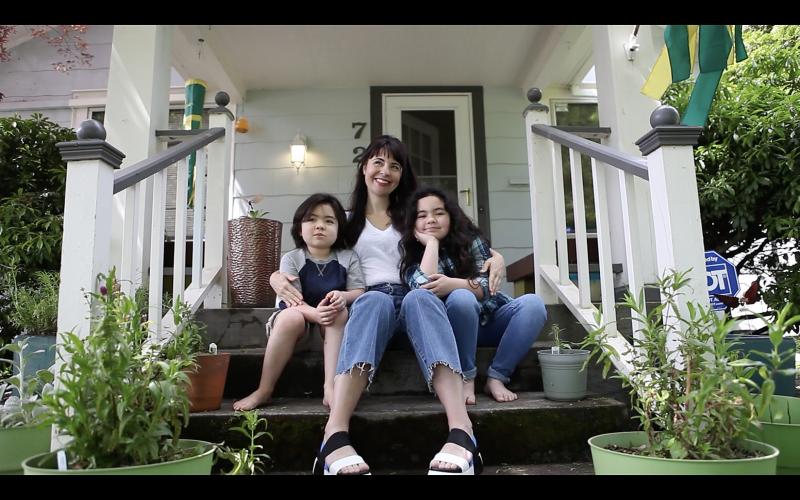 “I can finally sleep at night.”

Thousands of students expressed sentiments like these last week as funding from the federal Coronavirus Aid, Relief and Economic Security (CARES) Act started finding its way into student accounts, prompting waves of relief. Portland State University received $8.3 million in emergency funding earmarked for students, plus another $8.3 million to offset university financial losses due to COVID-19.

Within a week of announcing the availability of CARES Act funding and opening the application process on May 1, the PSU Office of Student Financial Services received more than 3,000 applications and disbursed just over $1 million. The money can’t be used for financial aid but is restricted to costs related to the campus being closed such as technology expenditures, rent and housing, child care and up to $500 for food. There are still more than 1,000 applications in the queue and students have until May 22 to get their applications filed.

“We’re just trying to get it into the hands of students as soon as possible,” says Amanda Bierbrauer, associate vice president of Enrollment Management & Student Finances.

Based on need, the office expects to distribute about $6 million of the $8.3 million in aid during spring term, carrying over remaining funds for summer and fall term needs. As of May 20, 4,441 student applications were received, 2,650 processed and just over $3.5 million dispersed to student accounts.

“One thing I’ve been really impressed with,” Bierbrauer says, “is that students aren’t just automatically asking for the full amount. They’re asking for what they need. There’s a sense they want to make sure there’s enough for all students to get what they need.”

Julie Nhem, a film student and single mom with two kids at home found herself no work hours at her job as a production assistant and no word from the unemployment office.

“It’s hard to describe how I felt when I found out I was getting the money,” Nhem says.

“We’ve had the moratorium on rent, but the back payments were piling up. I couldn’t sleep knowing I was going to have to pay that back.”

Her story was similar to other PSU students who sought out emergency assistance.

“I’ve been neck deep filling out applications for every kind of aid that’s available,” says Michael Maly, who goes by his middle name Jeremy. Like Nhem, Maly has applied for unemployment benefits — he hasn’t worked a shift in his job at Von Ebert Brewing since mid-March — but hasn’t been successful in getting the application filed and any relief coming in the door.

Maly is a quadruple major in History, Social Sciences, Arts and Letters and Liberal Studies and is trying to wrap up his last credits to graduate in the fall. He plans to do some graduate work and eventually become a Latin teacher.

“Things have gone really well at PSU,” he says. “The time has flown.’

He met the woman who became his wife on campus and they have three daughters at home. Pell Grants have helped cover his expenses but without any income from his job, the debt was starting to mount.

“Even when we were working we were living paycheck to paycheck,” Maly says. “This is going to give us some much-needed breathing room. Some help.”

He received a $2,890 deposit of CARES Act funding last week, just shy of the $3,000 maximum. He didn’t request the full amount allowed for food — $500 — since his family is already receiving SNAP benefits.

“I didn’t want to ask for something that could have been used by someone else,” he says.

CARES Act funding isn’t available for all PSU students. Students taking online-only courses aren’t eligible and neither are international students and other non-U.S. citizens, such as those with DACA status. Private philanthropy helps to fill in this gap in coverage by providing emergency funds for students who aren't eligible for federal assistance. Since mid-March, more than $165,000 has been raised by PSU donors to bolster student emergency funds and meet other urgent needs on campus.

The Office of Student Affairs manages the General Student Emergency Fund and tracks other emergency funding sources on campus. The office prioritized applications from students who couldn’t access the federal funding.

That included Nuno Clauzing, a marketing student from The Netherlands who relied on his job at PSU’s Campus Rec Center to pay his rent. Over the summer he expected he could pick up enough extra hours to pay for Summer Session classes. That plan evaporated along with his shifts at the shuttered Rec Center in late March leaving him wondering whether he’d have to return home to The Netherlands and if he did, when he might be able to return.

Last week he received $2,000 from the General Student Emergency fund and is breathing a sigh of relief.

“I’ll be good now,” Clauzing says. “With the stress about the finances, it was a lot harder to concentrate on classes. There was this constant thought, ‘Should I go home?’ Now that I have this, I can focus a little more on the school work.”

Mackenzie Poisal applied for assistance after the wedding business she runs with her husband — the one that was supporting her while she was getting her Masters in Social Work at Portland State — completely dried up.

“We had to refund all of our clients’ deposits and we saw all of our accounts drain and started to panic,” Poisal says. “We didn’t qualify for any cash assistance other than SNAP. But at the same time we couldn’t pay our mortgage and our utility bills.”

Because the MSW program is a hybrid of online courses and in-person internships, Poisal was eligible for CARES Act funding. She applied for and received the full amount available, $3,000, which will help carry her family through to graduation next month. After that, she has an offer to become a full-time medical social worker with Good Samaritan.

“I feel fortunate to have a job waiting for me.”