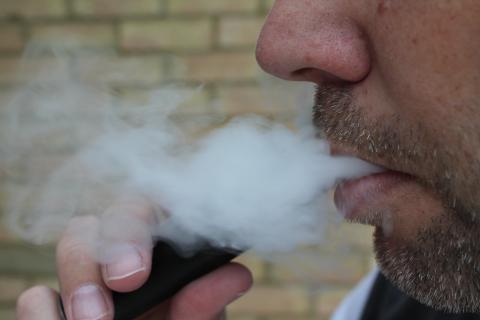 The vaping industry is filled with unknowns. Those unknowns are leading to more questions as the number of users dealing with injuries, or in some cases, death, continues to rise.

Portland State University Chemistry Professor Rob Strongin led a research team to study what happens when additives are put into vaping products. Specifically, they studied the chemical reaction that takes place when cannabis is consumed using a vape pen or dab rig. The study, “Aerosol Gas-Phase Components from Cannabis E-Cigarettes and Dabbing: Mechanistic Insight and Quantitative Risk Analysis,” was published in the September issue of ACS Omega.

“What’s inhaled is actually different than what’s listed in the ingredients,” Strongin said.

The researchers found that of the known toxins formed during vaping, more toxins came from terpenes than from THC, the main mind-altering chemical found in marijuana. Terpenes occur naturally in cannabis but at lower levels than seen in some concentrated THC products. Strongin said they found vendors adding up to 30% (or more) additional terpenes to their products. Terpenes can impact the flavor and smell of cannabis when inhaled.

“There are fewer toxins formed from THC as compared to terpenes,” Strongin said. “This is consistent with some of the vaping-related injuries we’re seeing. It’s not the active ingredients, like THC or nicotine, that appear to be causing the hospitalizations and deaths, but what they are combined with.”

Vitamins and thickening agents like Vitamin E have unknown effects on the lungs, and they can undergo reactions during vaping to produce both well-known and potential aerosol toxins, Strongin said.

“There's a reason that no one studied the inhalation toxicity of a lot of the ingredients in e-cigarettes because nobody thought we'd be crazy enough to be inhaling them,” he said. “But the problem now is that there’s a huge gap in our knowledge.”

The main concern for Strongin and his fellow researchers is manufacturers altering their products from their natural state. For those who choose to vape, the less additives the better, the study shows. Although there is still much more research needed on the subject, Strongin added.

To continue expanding on knowledge about cannabis and inhalation, Strongin said they’re interested in studying the actual dosage people inhale.

“People are assuming the dose is the amount of THC in the product before vaping,” he said. “It’s not true. There’s more work to be done.”

The other members of the PSU research team include Jiries Meehan-Atrash, a doctoral student; Wentai Luo, a senior researcher; and Kevin McWhirter, a researcher.