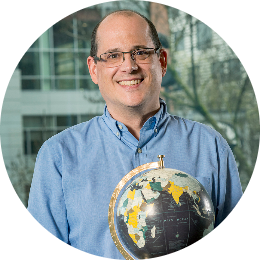 During scheduled office hours, please contact Dr. Smallman via the Chat function in your pdx.edu email account, through Skype (user name: shawn.smallman) or by phone using the phone number listed in your course syllabus. Outside of posted office hours, you can book an appointment with Dr. Smallman or email him to arrange a different time.

Shawn Smallman’s first book, Fear and Memory in the Brazilian Military and Society, 1889-1954, examined military terror and corruption in Brazilian history. He then wrote The AIDS Pandemic in Latin America, which was based on research in southern Mexico, Cuba and Brazil. During his fieldwork he interviewed drug traffickers, crack addicts, sex workers, doctors, and community leaders. More recently, he has co-authored a textbook, An Introduction to International and Global Studies with Professor Kim Brown, which is currently entering its third edition. He has also published a book on Indigenous religion and history titled: Dangerous Spirits: the Windigo in Myth in History. Smallman has a particular interest in conspiracy theories, and has written multiple articles discussing these narratives in both public health and Argentine politics. Smallman also has an emerging research interest in avian influenza in Southeast Asia, where he is undertaking fieldwork. He has also published on Universal Design and pedagogy in International and Global Studies.