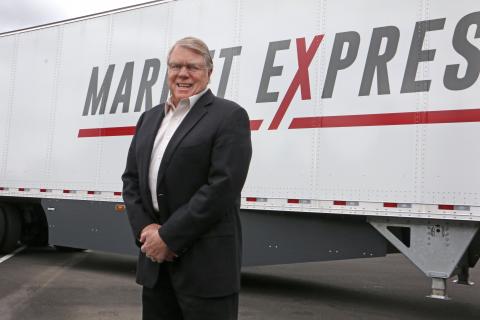 The two fastest growing companies in Oregon are run by Portland State University alumni, according to the latest list released by the Portland Business Journal.

Peter Stott took the No. 1 spot with his trucking company Market Express. Chris Joseph followed with the second fastest growing company in Oregon: WYLD. Both Stott and Joseph are alumni of the PSU School of Business.

Joseph also made the list at No. 18 and 19 for his companies Wild Roots and Cascade Street Distillery.

The annual list tracks revenue growth between 2016 and 2018. All told, the top 100 private Oregon companies accounted for $5.5 billion in revenue and about 14,000 employees.

Several other PSU School of Business alums made the list as well. At No. 13, McKean Smith LLC, a Portland law firm founded by attorney Collin McKean. At No. 21, Dean Reece, made the list for REECE Complete Security Solutions. And software company Smarsh took the No. 41 spot, where Parker Baldwin serves as chief financial officer.

Stott, who is also a member of the PSU Board of Trustees, certainly isn’t new to the transportation business. He started his first company in 1969 while a PSU student thanks to a loan from a professor, $90 of his own money and a single truck. That company, Market Transport, sold in 2006 for $197 million. 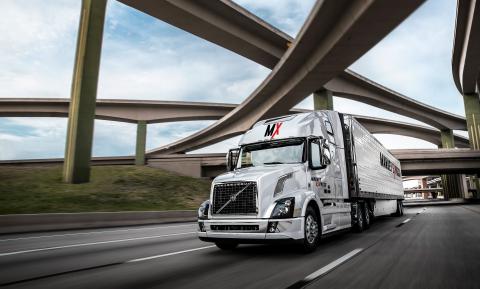 There are a few parallels between Stott’s first company and his latest, Market Express — but the newest companies’ accelerated growth can be contributed to decades of experience.

Now, the company employs more than 350 and is one of the top five West Coast regional trucking companies. In 2018, the company posted gross revenues of $50 million. Revenue for 2019 is projected to surpass $75 million. According to the Portland Business Journal, Market Express’s revenue has grown 1776.37% between 2016 and 2018.

Stott said that his success is thanks to a trifecta of factors: his past successes, a strong economy and a great team.

“You’re not anything without a good team,” Stott said.

Between the three of them, Stott added, they knew the majority of their customers right out of the gate. That institutional knowledge propelled Market Express forward and gave the startup an advantage most don’t benefit from. 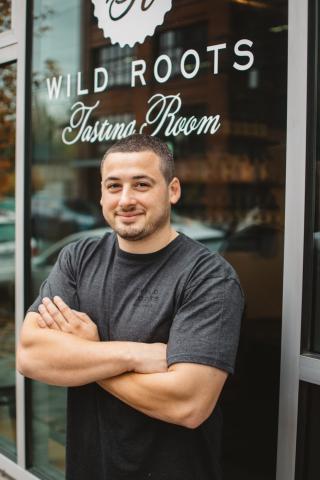 Joseph also started his first company, Wild Roots, while a student at PSU. Founded in 2013, Wild Roots is now one of the top five Oregon distilleries. Since then, Joseph has launched two other companies that have found similar success.

WYLD, one of the largest edible cannabis brands nationwide, has grown the fastest, boasting 98 employees and 1326.57% revenue growth between 2016 and 2018.

Cascade Street Distillery was acquired in June, completing the portfolio.

WYLD especially has seen success because it plays in one of Oregon’s fastest growing industries: cannabis.

“When cannabis became legalized in Oregon, it was an opportunity I could not pass up on,” Joseph said. “My business partner, Aaron Morris, came to me with the idea of doing a line of edibles, similar to Wild Roots.”

WYLD —similar to its predecessor Wild Roots — was bootstrapped and launched in a garage.

“There are a lot of different factors that contribute to the overall success of each organization, but if I were to narrow it down it would be the product, packaging, people, and vision that really make them stand out amongst the crowd,” Joseph said.

“We've achieved a lot in a small amount of time with limited resources,” he added. “All three companies are growing more than 100% each year, and continuously winning awards for product, package and growth. Each started with more of a garage or bootstrap mentality and are now all leaders in each of their respective industries.”