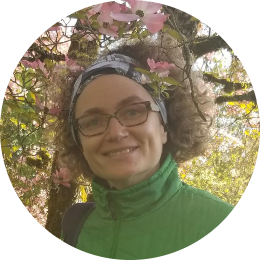 Nila Friedberg's interests include linguistic approaches to literature, language contact, twentieth century Russian poetry and poetics, and Russian Jewish literature. She is the author of English Rhythms in Russian Verse:

On the Experiment of Joseph Brodsky (Mouton de Gruyter, 2011) – a monograph which investigates the “English” flavor in Joseph Brodsky’s verse and traces the semantic associations of “English-sounding” rhythms in Brodsky’s Russian poetry. She is also a co-editor, with B. Elan Dresher, of the volume Formal Approaches to Poetry (Mouton de Gruyter, 2006). She received her Ph.D. in Linguistics from the University of Toronto in 2002 and was a postdoctoral fellow at the UCLA Slavic Department in 2002-2004. At PSU she teaches, or has taught, Russian Phonetics and Phonology, Languages of the World, all levels of Russian, Russian for Heritage Speakers, Poets and Politics, Twentieth and Nineteenth Century Russian Literature (in Russian). She has previously taught Russian at the Middlebury College Russian School and UCLA, taught linguistics and phonetics at the University of Toronto and York University in Canada, and served as a coordinator of the Heritage Russian program at PSU in 2004-2009.

Decoding the 1920s: A Reader for Advanced Learners of Russian
Friedberg, Nila

English Rhythms in Russian Verse: On the Experiment of Joseph Brodsky
Friedberg, Nila