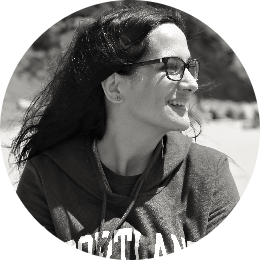 Dr. Collenberg is an Assistant Professor of German Studies, the Director of the Deutsche Sommerschule am Pazifik, Testing Chair for the Oregon Association of Teachers of German, and on the Board of Directors for Zeitgeist Northwest.

She specializes in 19th and 20th Century German Literature and Cinema and in critical pedagogy and teaching German as a foreign language. Her publications include articles on the aesthetic representation of German terrorism, on German film, on the reception of Heinrich von Kleist, and a translation of a short text by Friedrich von Schiller. She is a co-author of Cineplex (2014), a second-year textbook on learning German language and culture through film. Her current project is a co-edited volume with Martin P. Sheehan that focuses on the use of photographs in German cinema and is under contract with Berghahn Books. She is also co-editing the second volume of Kleistian Legacies with Jeffrey L. High. Before coming to PSU, she taught at Cal State Long Beach, Williams College, and Longwood University.