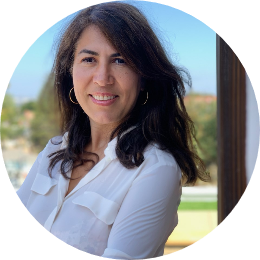 Dr. Anousha Sedighi is Professor of Persian and the coordinator of the Persian program at Portland State University. Her areas of research include Persian linguistics, Persian language pedagogy, and Persian as a heritage language. Her most recent book, The Oxford Handbook of Persian Linguistics, was published in 2018 by Oxford University Press. She has published articles on syntax, morphology, and teaching Persian as a heritage language. Her other books include Persian in Use: An Elementary Textbook of Language and Culture (2015, Leiden University Press & University of Chicago Press), which is currently taught at more than 20 universities nationwide and Agreement Restrictions in Persian (2011, Leiden University and University of Chicago Press).

Dr. Sedighi founded the Persian program at PSU in 2005 and launched the Persian minor, the only such minor in the state of Oregon, in 2011. She was president of the American Association of Teachers of Persian from 2014-2016 and served in the executive board of the National Council of Less Commonly Taught Languages during 2015-2017. She is the recipient of the several awards, fellowships, and grants including the Best Paper Award of the Canadian Linguistic Association, the Roshan Cultural Heritage Institute Fellowship, and the PARSA Community Foundation Grant through which she organized many community events including Lecture Series, Film Series, and Concerts, and also brought to PSU a renowned scholar of Persian Literature, Prof. Dick Davis during 2013. Dr. Sedighi is the co-designer of the Persian Proficiency Assessment Tool, a computer-based proficiency test developed at the Center for Applied Second Language Studies at the University of Oregon in collaboration with the Kevorkian Center for Near Eastern Studies at New York University. She is also the designer of the advanced and superior level Content Based instructional material as part of the CBI Path project of the Middle East Studies Center at PSU.

“Animacy: The Overlooked Feature in Persian”. Proceedings of the Canadian Linguistics Association Conference. 2005. 1-12.