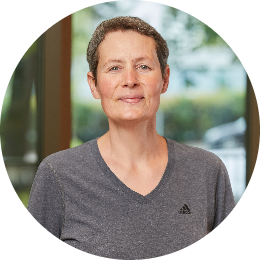 Annabelle Dolidon received her Ph.D. from UC Davis in 20th- and- 21st century French and Francophone literature, with a designated emphasis in Feminist and Critical Theory. She received her master’s degree from the University of Notre Dame in French Studies. Dr. Dolidon specializes in post-WWII novels, and has interests in Film Studies and language pedagogy.

In her research, she has explored prose literature by French women such as Monique Wittig, Jocelyne François and Marie Darrieussecq, developing close-text analysis of their novels and studying their approach to gender difference, temporality and the act of writing. Her current project focuses on contemporary French science fiction, analyzing social structures, relations between Man and the environment, and manipulations of the body.

“Challenging Societies of Control in French Science Fiction: The Work of Sylvie Denis. The French Review. Vol 89, No. 2, December 2015.

“Barthesian Idiorrythmic Forms of Micro-Resistance in the Work of Jocelyne François” The Forum For Modern Language Studies, Vol 46, No. 3, June 2010, pp 310-320.