A keynote presentation in the series

The brilliant Japanese  writer, Mishima Yukio, has been described in many ways. He has been called a “fascist,” an “aesthetic terrorist,” and even a “zombie,” (because his reputation refused to die, even after his  spectacular and controversial suicide.)  Even now,  50  years after his death, Mishima remains an enigmatic and fascinating figure. This talk engages with the many masks that Mishima wore throughout his life, as a novelist, playwright, thinker,  actor, body builder and would-be samurai. It attempts to answer the question: Was there a “real” Mishima or was his life a series of performances? 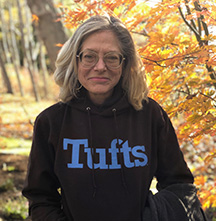 Susan Napier is the Goldthwaite Professor of Rhetoric at Tufts University. She formerly held the Mitsubishi Heavy Industries Chair of Japanese Studies at the University of Texas at Austin. Napier received all her degrees from Harvard University and has been a visiting professor at Harvard, University of Pennsylvania, Keio University in Tokyo, and Sydney University in Australia. She is the author of five books, Escape from the Wasteland: Yukio Mishima and Kenzaburo Oe, The Fantastic in Modern Japanese Literature, Anime from Akira to Howl’s Moving Castle and From Impressionism to Anime: Japan in the Mind of the West. Her most recent book, Miyazakiworld, was  published in 2018 and has been translated into eight languages.

She is the recipient of numerous fellowships and awards, including a Rockefeller Foundation Residency at the Bellagio Institute in Italy, a National Endowment for the Humanities Fellowship and a Guggenheim Grant.