The PSU Center for Japanese Studies
with co-sponsors
PSU Department of History and Portland Japanese Garden presents
an installment in the Series: Race, Citizenship, and Inclusion/Exclusion

The involvement of an Asian American officer in the police murder of George Floyd has drawn heightened attention to the “model minority” image of Asians in the United States. Much of the focus, particularly from a younger generation of Asian Americans aligning with the Black Lives Matter movement, has been placed on the political consequences of Asian Americans rejecting or accepting the status of “honorary whites” within a racist system. In this presentation, Dr. Kurashige will argue these vital and far-reaching debates about the function of racist ideology should be complemented by greater attention to the historical origins of “model minority” discourse in the 20th century. 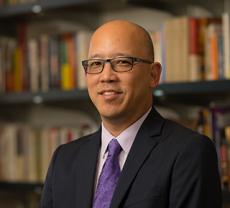 Scott Kurashige is Chair of the Department of Comparative Race and Ethnic Studies at Texas Christian University. He is the author of four books, including The Shifting Grounds of Race: Black and Japanese Americans in the Making of Multiethnic Los Angeles (2008), which won the American Historical Association’s Beveridge Award for distinguished book on the history of the United States, Latin America, or Canada, from 1492 to the present. It was also winner of  the History Book Award from the Association for Asian American Studies. He is an active public scholar with a history of urban community organizing, especially among Black and Asian Americans in Detroit and Los Angeles.