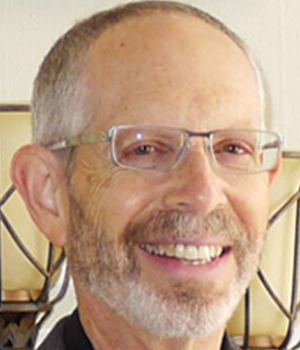 Irwin Lavenberg serves as Chair of the Center for Japanese Studies Advisory Board. His affinity for Japan and things Japanese comes from his 26 years in research and engineering for the Sony Corporation where he participated in Sony’s early research and development efforts into High Definition television systems. During the latter part of his career with Sony, he served as Sony’s advisor to The Japan Society of Northern California. Retiring from Sony in 2003, he is the owner and curator of The Lavenberg Collection of Japanese Prints and maintains the largest private non-commercial website for Japanese prints at  http://www.myjapanesehanga.com. He currently volunteers as a research assistant for Japanese prints at the Portland Art Museum. He is a graduate of Syracuse University and a proud participant in the Senior Adult Learning program at Portland State. 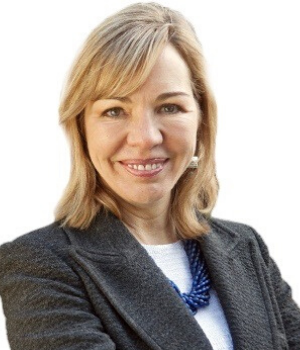 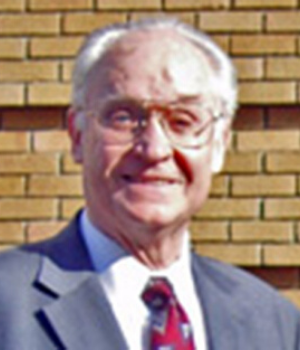 Bruce Brenn is currently Honorary Chair of the Center for Japanese Studies Advisory Board, after having served as Chair for nearly two decades. Bruce's career in international business spanned nearly 30 years including senior management positions with Citibank, Nike Japan, Continental Bank, and Smith New Court plc, working in Hong Kong, India, Taipei, and Tokyo before finally retiring back in the US. He currently serves as a board member the Japan-America Society of Oregon and the Portland Japanese Garden.  He is a member of the Tokyo Lawn Tennis Club, Tokyo American Club, and Multnomah Athletic Club. He holds a B.A. degree from University of Oregon and M.A. degrees in Japanese Studies and Economics from the University of Michigan. 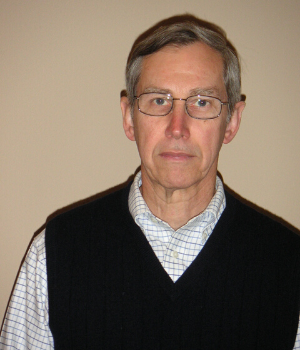 Robert Innes retired to the Portland area in 2007 after a Foreign Service career that included nine years in the U.S. Embassy, Tokyo.  A Portland native, he received a B.A. from Oregon State, an M.A. in Asian Studies from Oregon, and a Ph.D. in Japanese and Southeast Asian history from Michigan.  He attended Waseda University's International Division as an undergraduate, and did dissertation research at Tokyo University's Historiographical Institute.  In the Army, he completed basic and advanced Vietnamese language courses before going to Vietnam in 1971-72. He has taught Modern East Asia and the History of Vietnam at PSU. 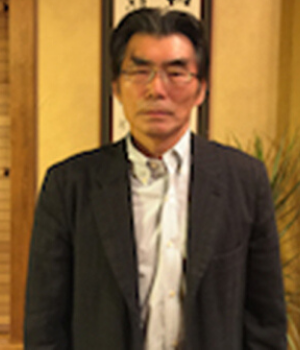 Tatsuo Ito was born and raised in Nagoya, Japan, and is a graduate of Nagoya University with a degree in Physics. He currently serves as Executive Vice President of SEH America, which is part of the largest producer of semiconductor silicon in the world, Shin-Etsu Handotai (SEH), and an integral part of the ShinEtsu group in Japan. Prior to coming to the US for the second time in 2004, Tatsuo served as plant manager in SEH Malaysia and in two Japan plants overseeing start-up of new production. He now travels to Japan multiple times a year on business, but enjoys living abroad, which affords him the enriching experience of fully embracing a different culture. He believes in celebrating the cultural diversity and camaraderie between the US and Japan. 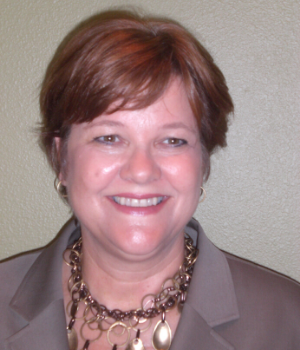 Karen Wilde Goddin is the founding principal of Goddin Consulting, LLC, a trade consultancy that promotes global engagement, international education, and international trade partnerships.  Throughout her 30-year professional career, Karen served in senior executive roles in international trade in both the federal and state government. These endeavors include tenures with the U.S. Department of Commerce’s International Trade Administration in Washington, DC and the State of Oregon’s economic agency, Business Oregon.  She also served as the Executive Director of the US-ASEAN Business Council, a trade and investment group based in DC, and as the Executive Director, Pacific NW International Trade Association (PNITA) in Portland, Oregon.  Karen has travelled extensively to Asia, including over 20 visits to Japan. 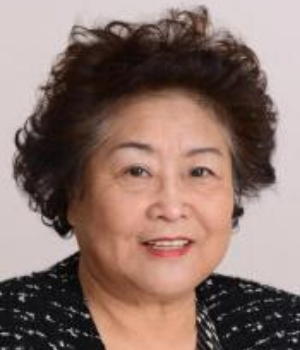 Masue Katayama, was born in Japan during the World War II. She started affordable nursing homes for middle-class families in Japan in the early 1980s by renovating vacant buildings such as former company dormitories. Her model was innovative at that time because there were only two options available: poor qaulity housing or very expensive private homes. She established Shinkko Fukushikai Social Welfare Corporation which now runs 36 retirement communities and 8 child care facilities in Japan (as of 2017). In 2012, she was appointed as a Senior Fellow of Ashoka, the international organization supporting social entrepreneurs. Also, she is the first Japanese to be selected as one of the Schwab Foundation Entrepreneurs of the Year (2014). 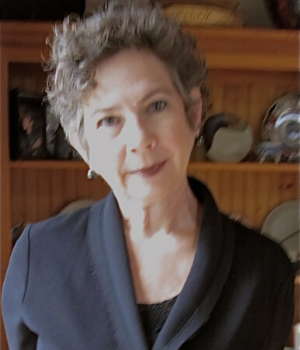 Lynn Katsumoto, raised in Portland, lived in Japan for 14 years, working in Osaka as a copywriter while residing in Kyoto. Upon returning to Portland, she and her husband launched Pacific Media, a Japanese translation company. Her interests in Japanese art and culture led her to graduate studies at PSU, and to the curatorial department at the Portland Art Museum. She is a co-author of Floating World Revisited and contributor to The Artist’s Touch, The Craftsman’s Hand, teaches part-time at PSU and serves as consultant to private collectors. 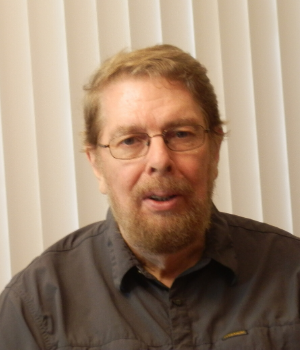 Leonard Lynn lived in Japan a total of about seven years, including stints as a Fulbright Fellow at Tokyo University and as Japanese Ministry of Education Visiting Professor at Hitotsubashi University. He is Professor Emeritus of International Management at Case Western Reserve University in Cleveland, OH, where he was Chair of the Department of Marketing and Policy Studies for twelve years. He is a past president of the Association of Japanese Business Studies and served on the American Advisory Committee of the Japan Foundation for eight years. He has written or co-written three books with a large Japanese content and several dozen research articles. In 2010 Leonard returned to Portland, where he was born and raised. He is currently involved in research projects funded by the National Bureau of Economic Research and Sloan foundation on the globalization of engineering. 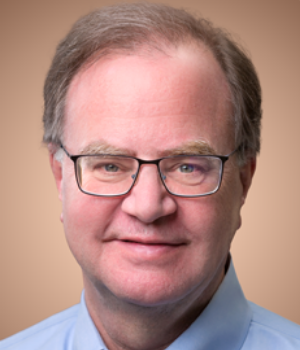 Jim Mockford is Senior Engineer Software Quality Assurance at Wacom Technology Corp in Portland OR. His work at Wacom since 1999 has involved coordination of product testing and certification programs in Asia and the USA. Jim received his B.A. in Asian Studies and Japanese from the University of Oregon Honors College and he worked as Executive Director of the Japan-America Society of the State of Washington in Seattle in the 1980s. Jim has taught pre-collegiate Japanese language in the USA and worked in education in Japan. He was chairman of Friends of MacDonald (1998-2008) a Japan-US historical and friendship organization honoring Oregonian Ranald MacDonald, first teacher of English in Japan. Jim's new venture is https://kumquatkids.com/ that just announced publication of a bilingual illustrated children's book. 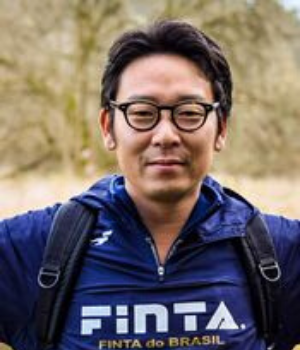 Taka Murakawa, MBA, visited Portland from Japan many times and learned a lot from Portlanders who he met and talked to before he started the Encorepreneur Cafe. He had worked for a Japanese financial service company and engaged in business development for 15 years. As one of his achievements in the company, he founded a successful venture to provide the energy conservation technology for greenhouses and the financial aids. His venture has helped farmers save energy and make more profit.
After leaving the company, he joined the Japan Branch of Ashoka, a global organization that identifies and invests in leading social entrepreneurs. Through Ashoka, he met Masue Katayama, a founder of Shinko Fukushikai Social Welfare Corporation and decided to plunge into the new venture in Portland. 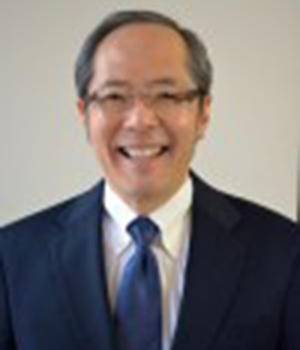 Verne Naito is a vice president in Naito Corporation, a family owned and managed business.  He oversees property management, real estate investments, financial management, and new business development.  In its 92-year history, the company has been an importer, distributor, retailer, and real estate developer.  Mr. Naito’s father’s family immigrated to America in 1917.  His mother’s family immigrated in 1906 and farmed in the Los Angeles area until WWII.  Mr. Naito has held board and advisory board positions in numerous nonprofit and business organizations including: the Asian Pacific American Chamber of Commerce; the Harvard Business School Alumni Association of Oregon; the University of Portland, Center for Entrepreneurship; the Japanese American Citizens League Portland Chapter; and the Portland Japanese Garden Society.   Mr. Naito received his BA from Pomona College and MBA from Harvard Business School. 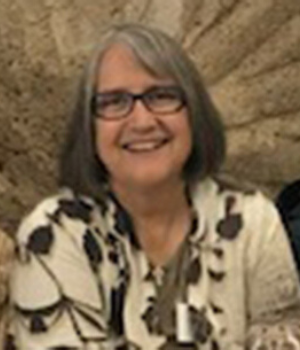 Lisa Okada has been an educator for nearly 40 years, much of that time in Japan and/or in the field of Japan and intercultural education. She taught at the American School in Tokyo, Japan before moving to the Washington, D.C. area. She served as associate director of the National Intercultural Education Institute at the University of Maryland, while also working with the Mid-Atlantic Region Japan-in-the-Schools program. She served as president of the Washington-Tokyo Women's Club, taught within the Fairfax County Public School System in Virginia, and volunteered at the Smithsonian Institute's National Museum of African Arts. Lisa has a degree in anthropology from Miami University (Ohio), a MAT in history/education from Duquesne University and a Graduate Certificate in Coastal Studies from the Oceanographic Center at Nova Southeastern University in Florida. 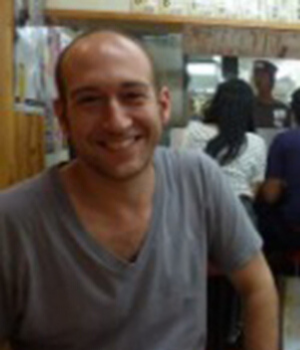 Gabe Rosen is an owner of Biwa, a Japanese restaurant in southeast Portland specializing in izakaya-style dining. He has worked in the restaurant and hospitality industry for 20 years as a chef, butcher and restaurateur in Iowa, Oregon and California. He holds a Certificate of Culinary Arts from Western Culinary Institute and a B.A. in Japanese Language and Literature from Portland State University, where he conducted much of his research for Biwa while studying under Pat Wetzel and Ken Ruoff, and in Japan as a Monbukagakusho scholar at Hokkaido University. 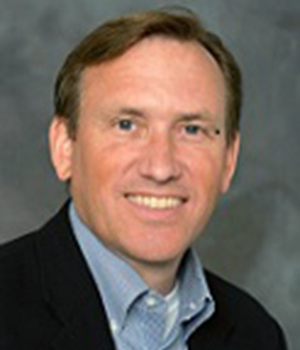 Douglas J. Smith is responsible for international business development at the Port of Portland, the region’s driver of economic opportunity in transportation and logistics.  Prior to joining the Port, Doug spent 20 years in the engineering and construction industry leading site selection and construction management projects and serving in Executive Management as co-founder of an entrepreneurial firm focused on providing full-service support to Foreign Direct Investors (FDI) in the advanced materials, chemicals, food processing and renewable energy sectors.In addition to serving on the CJS advisory board, Doug also currently serves on the Board of Directors and as Treasurer of the Northwest China Council and is the immediate past-Chair of the Board of Directors of the Japan-America Society of Oregon and Southwest Washington (JASO). He has lived, worked and/or studied in both Europe and Asia.  He is a graduate of Cornell University with a concentration in International Economics. 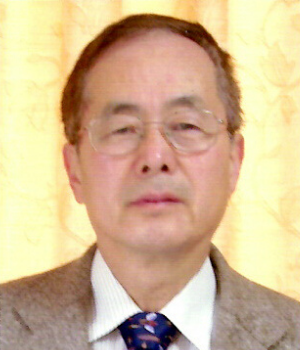 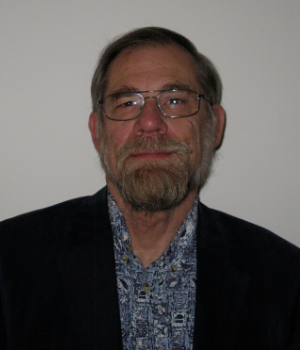 Neil Waters retired as Kawashima Emeritus Professor of Japanese Studies and Professor of History in 2012, and after a term at the Associated Kyoto Program, moved with his wife Linda from Middlebury, Vermont to the Portland, Oregon area.    Waters grew up as a western U.S. rolling stone, in Portland, San Diego, Fresno, Modesto, Denver, Sacramento, and back to Portland, where he graduated from Grant High School.  He and his wife Linda both served in the Peace Corps in South Korea in 1967-69, and that experience crystallized his interest in Northeast Asia. He received his Ph.D in Japanese History from University of Hawaii in 1978.  He was assistant and then associate professor of History at St. Lawrence University in Canton, New York.  He arrived at Middlebury College in Vermont in 1990, where he was twice chair of the Department of History, and served as Director of International Studies and Director of East Asian Studies.  He has lived in Japan a total of nine years, for periods varying from five months to two years. 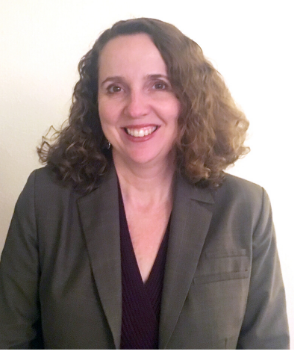 Theresa Yoshioka serves as an International Trade Manager for the Oregon Department of Agriculture's Marketing & Development Program.  In this role, she assists Oregon’s food and agricultural companies in understanding and marketing their products to international markets, especially in Asia. In her career, Theresa has worked in small start-up companies and global corporations in various marketing roles. Theresa has lived, worked and studied in Japan. Originally from Oregon, Theresa is a graduate of Oregon State University with a concentration in International Marketing and a minor in Japanese.