Sun and Celluloid: The Films of Mishima Yukio

Sun and Celluloid: The Films of Mishima Yukio

A presentation in the series

Known primarily for his exceptional prose and dynamic personality Mishima Yukio continues to fascinate and intrigue audiences around the world. Within Mishima’s literary and pop culture success, however, was a personal fascination with cinema. This talk will analyze Mishima’s film-work not as a hobby or sideshow, but argue that it forms a core component in the totality of Mishima’s artistic development. From Yakuza pictures of the studio system, stunt casting in avante-garde film, or even a mock rehearsal of his own death, Mishima Yukio contributed to a brief, but potent component of Japanese cinema history. 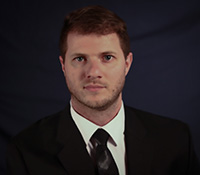 Patrick A. Terry is an Adjunct Assistant Professor in the School of Film at Portland State University offering courses pertaining to East Asian and transnational cinemas. His PhD work at the University of Kansas addresses the intersection of art and commerce in Japan’s domestic film industry from the late 1960s to early 1990s with emphasis on the collapse of the studio system and rise of independent production companies. He is currently working on articles and a manuscript pertaining to the rise of Kadokawa Pictures and their company head, Kadokawa Haruki.