A round table discussion in the series 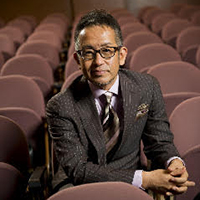 Miyamoto Amon is one of Japan’s leading theater directors.  He has directed numerous straight plays, musicals, and opera productions.  In the last two decades he has taken many of his shows to the United States, Europe, and Canada.  His debut in New York was as director of his Japanese version of the Broadway musical, Pacific Overtures, at the Lincoln Center Festival in 2004.  Miyamoto is fascinated by the plays of Mishima Yukio.  His award winning adaptation of Mishima’s masterpiece, Kinkakuji (The Temple of the Golden Pavilion) was performed to acclaim abroad as well in New York and in France.  In 2016 Amon produced and directed Mishima’s big-cast blockbuster, The Terrace of the Leper King, set in the medieval Khmer Kingdom.  Performance rights difficulties had prevented the play’s performance for almost fifty years.  Miyamoto’s performance was the first staging since Mishima’s death.  During the Corona lockdown in Japan last year, Miyamoto organized the huge “Sing for Hope” project which involved participants from all around the country. 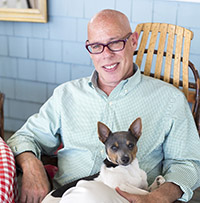 David Kaplan is the curator and co-founder of the Provincetown Tennessee Williams Theater Festival, now in its sixteenth year. In 2007 he directed the world premiere of The Day in Which a Man Dies, a play written by Tennessee Williams about the death of Jackson Pollock as told by a Mishima-inspired narrator. This began Kaplan’s research into the relationship, personal and professional, between Mishima and Williams. In 2018 Kaplan curated a Tennessee Williams & Mishima season in Provincetown, pairing productions of four plays by Williams with four by Mishima. 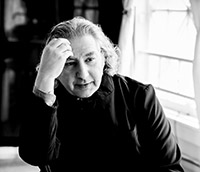 Jerry Mouawad is Artistic Co-Director and Founding Member of Imago Theatre in Portland, Oregon. In the spring and fall of 2012, he directed and choreographed the English-language premiere of the 1961 masterpiece The Black Lizard, which is Yukio Mishima’s most technically challenging modern play available in translation, incorporating many elements of kabuki acting and staging.  Jerry studied the teachings of Jacques Lecoq at the Hayes-Marshall School of Theatre Arts. His awards include an Oregon Arts Commission Fellowship, Portland Theater Guild Fellowship, Best Director by the Independent Reviewers of New England, the New York Dance Film Award, and Portland Theatre awards for acting, light design, choreography, and best original play. In 2016 Mouawad directed Mishima's modern noh play, "The Lady Aoi," at Imago Theater.