Mishima Yukio and the Far Right in Postwar Japan

A round table presentation in the series

With Support from the Toshiba International Foundation

Japan, a pluralistic democracy, is a country of 125 million people, including some who support what could be termed far right positions in reference to numerous issues.   In this roundtable, Professors Yamaguchi and Ruoff, who have researched and written extensively about Japan’s far right, will introduce how Japan’s far right views numerous topics, ranging from the legitimacy of the Postwar Constitution to issues related to gender to how to interpret Japan’s role in the Asia Pacific War (1931-1945).   The political right has arguably been predominant in Japan for most of the postwar era, and this discussion focuses on the slice of the political spectrum that pushes on the center right from further to the right. 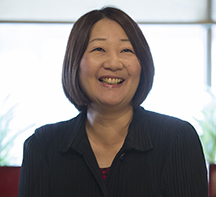 Tomomi Yamaguchi is a cultural anthropologist who has written extensively about far right views of gender roles, as well as women’s roles in far right movements. She has recently been working on projects on the history of Japanese feminism from 1970s to present.

Ken Ruoff is a historian who has begun a book-length project about the Political Right in Postwar Japan.  His most recent book is Japan’s Monarchy in the Postwar Era, 1945-2019, which includes numerous references to far rightist views of the imperial house.