A roundtable presentation in the series

Yukio Mishima wrote two sorts of literature – “pure” literature and his “entertainments.” This is an exploration of the latter – light novels and playful essays that poke fun at everything that takes place in Japanese society, and everyone in it. These works abound in hyperbole, travesty, and camp, and his characters run the gamut of narcissistic playboys, egotistical intellectuals, greedy businessmen, manipulative starlets, overbearing matrons. Mishima explored in a more entertaining way his hot issues: human arrogance, pride, and pretension and our obsessions with material wealth, sex, and status. 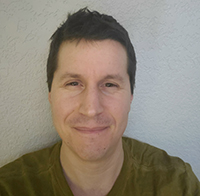 Nathaniel Bond is a PhD candidate in Japanese Literature at the University of Washington and a Visiting Assistant Professor of Japanese at Western Washington University. His dissertation topic is palliative and dark humor in Japanese Literature, and his current scholarly interests are literary humor, popular literature, and four-panel comics. His non-scholarly interests are gardening, dog ownership, and child-rearing. 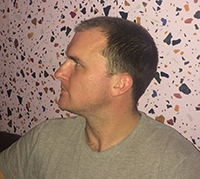 Sam Bett is a writer and Japanese translator. Awarded Grand Prize in the 2016 JLPP International Translation Competition, he won the 2019/2020 Japan-U.S. Friendship Commission Prize for his translation of Star by Yukio Mishima (New Directions, 2019). Sam has translated fiction by Yoko Ogawa, NISIOISIN and Keigo Higashino as well as essays by Banana Yoshimoto, Haruomi Hosono and Toshiyuki Horie. He is also a founder and host of Us&Them, a quarterly Brooklyn-based reading series showcasing the work of writers who translate. With David Boyd, he is cotranslating the novels of Mieko Kawakami for Europa Editions.