Glenda Roberts: Demographic Decline, Population Aging, and Immigration in Japan:  Changes in Store for the Ethno-nation?

THE PSU CENTER FOR JAPANESE STUDIES
WITH CO-SPONSORS
PSU DEPARTMENT OF World Languages and Literature, PSU HISTORY, AND PORTLAND JAPANESE GARDEN PRESENTS
AN INSTALLMENT IN THE SERIES: RACE, CITIZENSHIP, AND INCLUSION/EXCLUSION

Demographic Decline, Population Aging, and Immigration in Japan:  Changes in Store for the Ethno-nation?

Japan is among the most rapidly aging societies in the world, with a low total fertility rate hovering around 1.4 and a declining population.  Yet unlike many other countries facing similar circumstances, Japan has not heretofore turned to migrants as a partial solution to the labor shortages and tax shortfalls that accompany such circumstances. Currently, foreign residents make up only 2% of all residents in Japan.  The 2018 revisions in the Immigration Control and Refugee Recognition Act and the Act for Establishment of the Ministry of Justice, however, show the beginning of a softening in attitude toward the importance of migrant labor in what scholars point to as an ethno-nationalist country (see M. Strausz, 2019, G,L, Farrer, 2020). What changes are taking place, and will these new labour importation schemes prove sufficient to alleviate the strains of the super aging society? Will new populations find social inclusion in Japan, and how is this being imagined? This talk will address these questions by analyzing government literature, news accounts, policy platforms, npo statements, and participant-observation from my research on farmers who employ migrant workers in Japan. 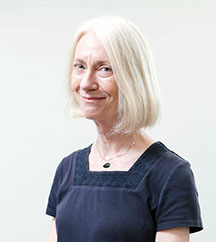 Glenda Roberts is Professor at the Graduate School of Asia-Pacific Studies at Waseda University, where she teaches courses on international migration, the Anthropology of Work, Gender, Social Anthropology, and Contemporary Japan. Her major areas of research are on gender, work, family, and migration policy in contemporary Japan.    In the migration field, she has co-edited two books: Gabriele Vogt and Glenda S. Roberts, eds., Migration and Integration—Japan in Comparative Perspective. Munich: Iudicium, 2011, and, with Mike Douglass, Japan and Global Migration:  Foreign Workers and the Advent of a Multicultural Society.  London and New York:  Routledge 2001).  Her recent work in the migration field includes “An Immigration Policy by any Other Name: Semantics of Immigration to Japan,” (SSJJ 21(1)2018).  She serves on the 7th Deliberative Committee for Immigration Control Policy, Ministry of Justice of Japan.