Tokyo is a global city, and in some respects its foodways are not so different from the diverse scenes in New York, London or Shanghai. But in one aspect it generally stands out: size. Many of Tokyo’s over 100,000 eateries are remarkably tiny, many seating less than 12 people. What does it mean to eat in such a small space? How do restaurants and bars that can serve as few as four customers at once survive? Dr. Farrer's research approaches these micro gastronomic enterprises from two perspectives. First, he investigate the lives and working habits of the people who daily work in these narrow places, their careers, lives and dreams. This is the story of Japan’s vaunted artisanal culture (shokunin bunka), known for the care not only to detail, but also to social context, a melding of production and service practices that makes eating out in Japan still a unique experience, despite being in a global city. He also looks at the customer experience, and here the focus is on community, the peculiar way in which spatial compression alone serves to break the hardened social barriers in Japanese social life. Of course, alcohol also plays a role, and this is a story of drinking culture as much as culinary culture. This talk is based on a fieldwork project in one Tokyo neighborhood, Nishi-Ogikubo, where many small eateries still thrive, though threatened by multiple trends, including gentrification, aging, and labor shortages. 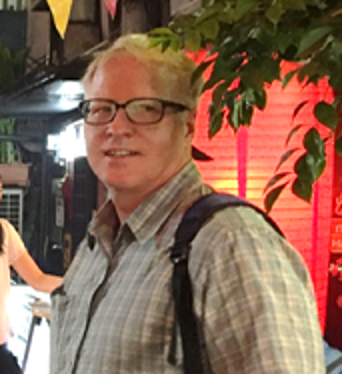