Founded in 2015 and directed by piano professor Dr. Susan Chan, the PSU Steinway Piano Series brings internationally recognized performers and educators to Portland for a weekend of public recitals and master classes each year. Acting as a bridge between world-class stages and the college classroom, the series elevates awareness for PSU’s outstanding music program while providing students and concertgoers with access to a broad spectrum of the highest level professional pianists performing today. 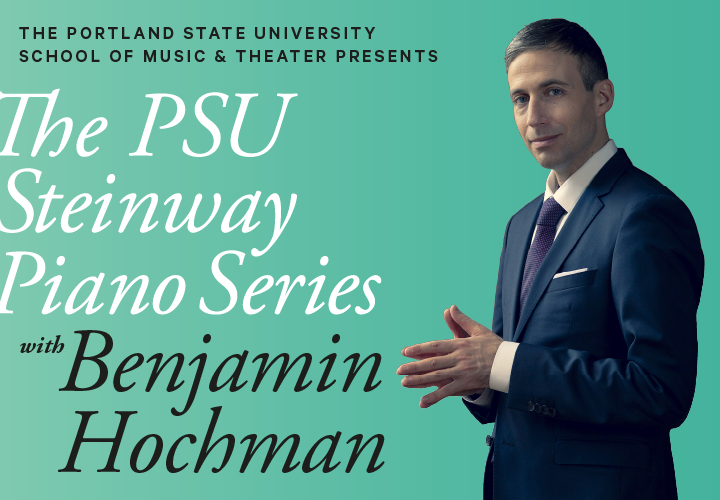 Benjamin Hochman is a musician of exceptional versatility who regularly appears in multiple guises as orchestral soloist, recitalist, and chamber musician. In recent years he has ventured into the orchestral repertoire as a conductor. His wide range of partners and projects is matched by his curiosity, focus, and ability to communicate deeply with audiences.

Since his Carnegie Hall debut as soloist with the Israel Philharmonic under the baton of Pinchas Zukerman, Hochman has enjoyed an international performing career, appearing as soloist with the New York, Los Angeles, and Prague Philharmonic Orchestras, and the Chicago, Pittsburgh, San Francisco, and Jerusalem Symphony Orchestras under conductors including Gianandrea Noseda, Trevor Pinnock, John Storgårds, and Joshua Weilerstein.

Hochman’s recent and upcoming projects reflect the breadth of his musical activities, his imaginative approach to programming, and his ongoing relationships with several orchestras and festivals. He performed four Beethoven Piano Sonatas for Daniel Barenboim in December 2020 at the Pierre Boulez Saal as part of a filmed workshop and will return to the Santa Fe Chamber Music Festival in July 2022. He played Bach, George Benjamin, and Christopher Trapani (a world premiere) for an online edition of the Charlottesville Chamber Music Festival. The Trapani and Benjamin were featured alongside works by Rebecca Saunders and Tristan Murail in a recital at Tzlil Meudcan, a new-music festival in Tel Aviv. He will complete his cycle of the complete Mozart Piano Sonatas at the Israel Conservatory in Tel Aviv and present a world Premiere by Tamar Muskal alongside works by Brahms and Schubert at Portland State University in Oregon.

He returns to Santa Fe Pro Musica to open their 2021-22 season, conducting Beethoven Symphony No. 5 and playing Mozart Concerto for Two Pianos with Anne-Marie McDermott. He rejoins the Orlando Philharmonic and Eric Jacobsen to perform one of his favorite concertos, the Brahms Piano Concerto No. 1.

Chamber music collaborations in 2021-22 include Berlin performances with Noah Bendix-Balgley, Viviane Hagner, and Yuval Herz, and collaborations with Amihai Grosz in Erfurt and Utrecht. Upcoming chamber music concerts in the US include a recital with Susie Park for The Schubert Club in Minnesota, with principal players from several major American orchestras at Strings Music Festival in Colorado, and with the Rolston Quartet at Music Mountain in Connecticut.

Hochman began conducting in 2015 as a result of his fascination with the orchestral repertoire and his collaborative approach to musicmaking. A graduate of The Juilliard School’s conducting program, where he received the Bruno Walter Scholarship and the Charles Schiff Award, Hochman trained under Alan Gilbert from 2016-2018. He served as musical assistant to Louis Langrée, Paavo Järvi, Thierry Fischer, and Jeffrey Kahane at the Mostly Mozart festival in 2016. In 2018 he participated in the Tanglewood Conducting Seminar, where he worked with Stefan Asbury, and he has also participated in masterclasses with Fabio Luisi and David Zinman. In recent years he has conducted the English Chamber Orchestra, the Orlando Philharmonic, The Orchestra Now at Bard Music Festival, and the Juilliard Orchestra.

Hochman’s discography reflects his wide-ranging musical interests. In 2019, he recorded Mozart Piano Concertos No. 17 and No. 24, playing and directing the English Chamber Orchestra. It was released on Avie Records and received critical acclaim from Anthony Tommasini of The New York Times, among others. Hochman’s first two recordings for Avie Records were Homage to Schubert (works by Schubert, Kurtág, and Widmann) and Variations (works by Knussen, Berio, Lieberson, Benjamin, and Brahms). Variations was selected by The New York Times as one of the best recordings of 2015 and was also praised by The New Yorker.

Chamber music has been a vital part of Hochman’s life, from his early life in Israel and his formative years at Philadelphia’s Curtis Institute of Music to regular appearances at the Marlboro Music Festival in Vermont and as a member of The Bowers Program (formerly CMS Two) at the Chamber Music Society of Lincoln Center. His chamber music partners have included the Casals, Jerusalem, and Tokyo quartets, Lisa Batishvili, Jonathan Biss, Jaime Laredo, Miklós Perényi, and David Soyer.

Hochman is the recipient of numerous awards and prizes, among them the Partosh Prize awarded by the Israeli Minister of Culture, the Outstanding Pianist citation at the Verbier Academy, and the Festorazzi Award from the Curtis Institute of Music.

Born in Jerusalem in 1980, Hochman began his piano studies with Esther Narkiss at the Conservatory of the Rubin Academy in Jerusalem and continued with private studies with Emanuel Krasovsky in Tel Aviv. He is a graduate of the Curtis Institute of Music, where he studied from 1997-2001 with Claude Frank, and the Mannes College of Music, where he studied from 2001-2003 with Richard Goode. His studies were supported by the America-Israel Cultural Foundation. He serves on the piano faculty of Bard College Conservatory of Music and is currently a Research Associate at Bard College Berlin. He is a Steinway Artist and his website is www.benjaminhochman.com.

Special Thanks to Our Sponsors

The PSU Steinway Piano Series is sponsored by the Arima Schumann Fund of Schwab Charitable, Layzell Family Foundation, Steinway & Sons Portland, and other donors with additional support from PSU College of the Arts and PSU School of Music & Theater. 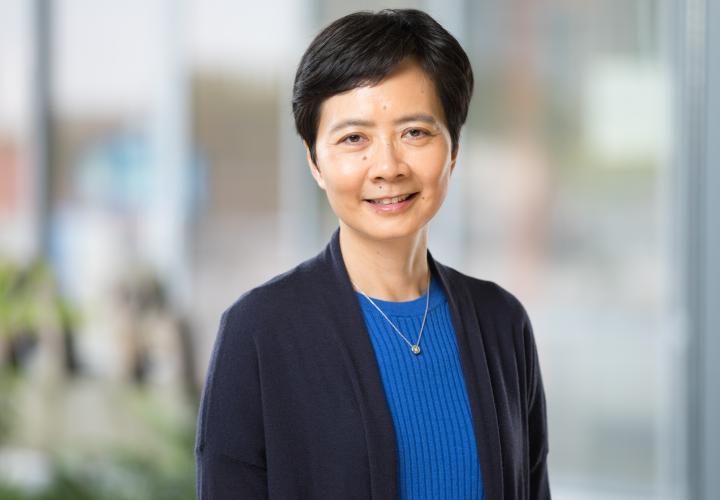 Thank you for your interest in the PSU Steinway Piano Series. If you have questions about our piano program at PSU, please see ‘Piano at PSU’ below. We look forward to seeing you at future events! 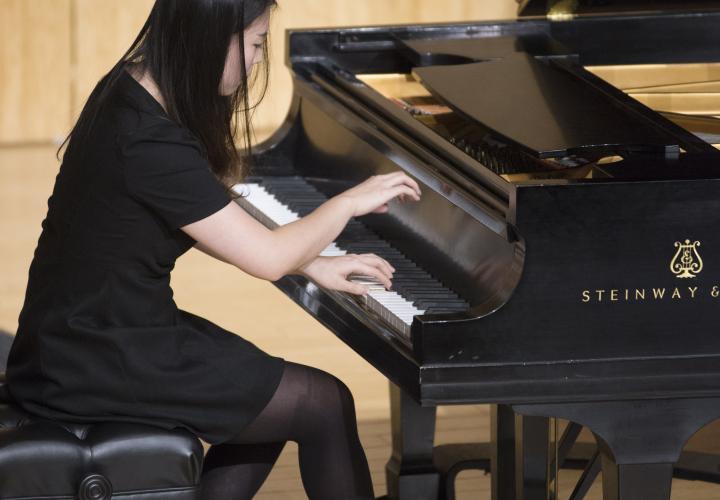 The PSU School of Music & Theater's Piano program equips pianists with the skills and tools they will need to succeed as professional musicians. 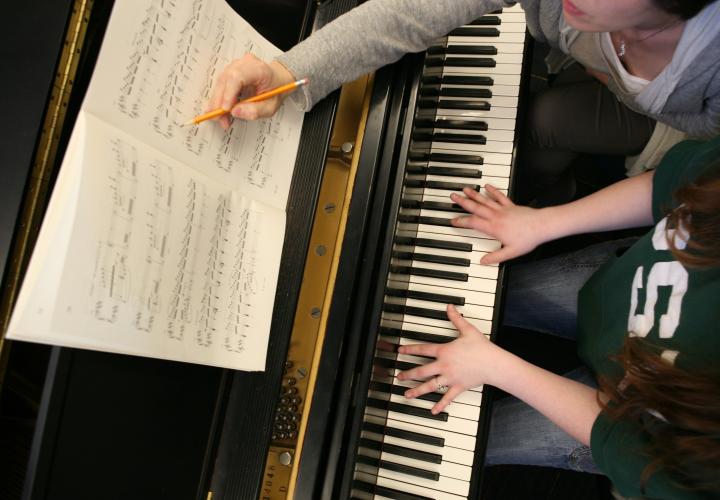 The PSU Steinway Piano Series is sponsored by the Arima Schumann Fund of Schwab Charitable, Steinway & Sons, Layzell Family Foundation, Michelle’s Piano Company, and other donors. Join our sponsors and help us continue to bring world class piano performers to Portland with a gift today! 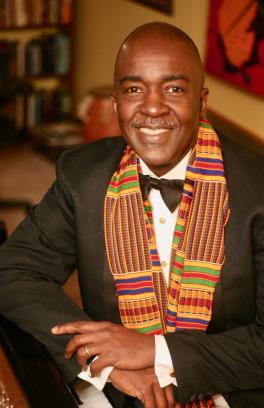 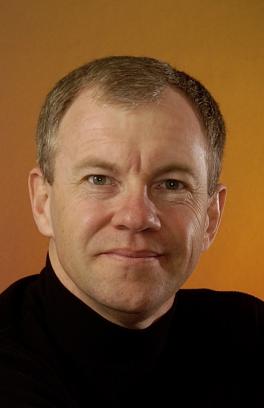 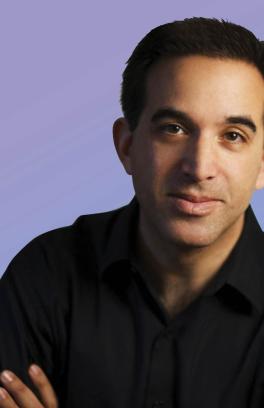 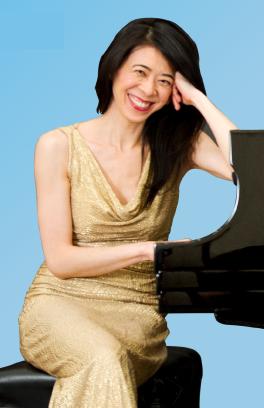 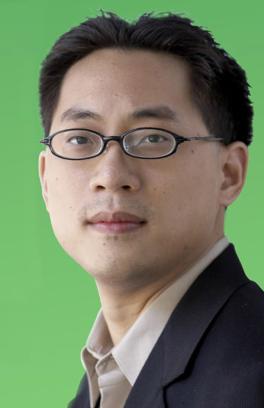 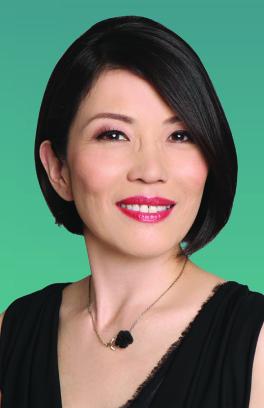 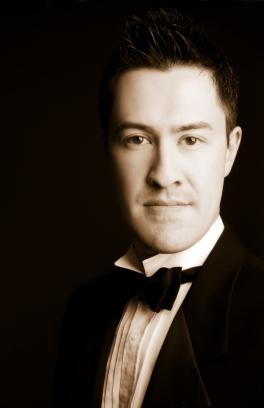 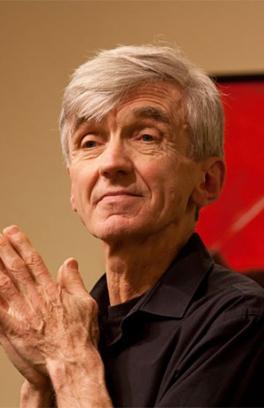 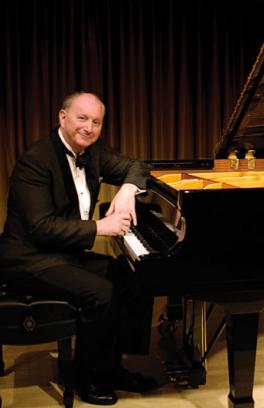 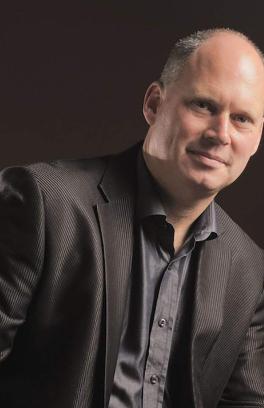