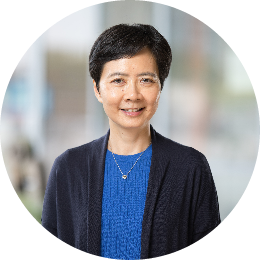 The New York Concert Review described Susan Chan as “a thoughtful musician and a sensitive player,” and The New Yorker called her “an energetic advocate for contemporary music.” The Fanfare magazine and the BBC Music Magazine praised her “great technical finesse” and “conspicuous refinement” in her playing on her CD recordings.

Ms. Chan has performed as soloist and chamber musician on four continents, and actively promotes music from Asia and that written by women composers in addition to traditional repertoire. Such venues include Weill Recital Hall in Carnegie Hall; Chopin’s birth house in Poland; Hong Kong City Hall Concert Hall; and Steinway Halls in New York, London and Tokyo. She has also performed on the Pianists of the World Series at St Martin-in-the-Fields in London, Dame Myra Hess Memorial Concert Series in Chicago, and the Seattle International Piano Festival Recital Series. She has appeared as soloist with the Dnepropetrovsk State Philharmonic (Ukraine), Hong Kong Sinfonietta, and Portland Columbia Symphony. She is a member of the Rose City Trio and has performed chamber music with members of the Lucerne Symphony Orchestra, Hamburg Symphony, Oregon Symphony, and Music from China.

In recognition of her creative work and achievements, the Oregon Arts Commission awarded Susan Chan with an Individual Artist Fellowship in 2013. She also received "Special Citation for Championing Piano Music by Asian Composers" recognition in The American Prize Competition 2015, in which she performed commissioned works by Zhou Long and Chen Yi. In addition, she was awarded first prize in the Hong Kong Young Musicians Award Competition and was winner in the Mozart Piano Concerto Competition at Indiana University.

Susan Chan is also an active masterclass teacher, presenter and adjudicator. She has been guest artist at institutions such as the Royal College of Music in London, UK, the Yong Siew Toh Conservatory at the National University of Singapore, University of Sydney in Australia, and the Bard College Conservatory of Music, New York. She presented at the European Piano Teachers Association International and UK Conferences, Music Teachers National Association Conference, College Music Society National Conference, World Piano Conference as well as state conferences. She has adjudicated at the Seattle International Piano Festival & Competition, the Hong Kong Schools Music Festival and other competitions. Her students have received awards from international competitions.

Ms. Chan holds a Doctor of Music degree from Indiana University and MPhil and BA degrees from the University of Hong Kong. Her major piano teachers include György Sebök, Menahem Pressler and Eleanor Wong. She currently serves as Professor of Music and Piano Area Coordinator at Portland State University, where she is also founder and director of the PSU Steinway Piano Series. She is listed in the 2000 edition of International Who's Who in Music and Musicians Directory, and is a Si-Yo Artist™.