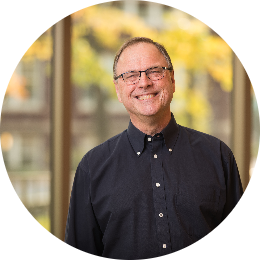 Mr. Vandehey is a Past-President of the Oregon Band Directors Association and serves on the Adjudication Training Board of OBDA. He served for two years as the Band Liaison to the Oregon Schools Activity Association. He has served twice on the Oregon Music Education Association’s Board as Band Chair served on the OMEA Executive board as President in 2005-2006.

In 1993 Mr. Vandehey was the State, Regional and National recipient of the ASBDA- Stanbury Award for Outstanding Young Band Director. In 2000 he was inducted into the Band World Legion of Honor by the John Philip Sousa Foundation. Also in 2000 he was named one of Oregon’s top ten Music Educators by the Oregon Music Educators Association in the Teaching Music Magazine. In 2002 Mr. Vandehey received the Citation of Excellence from the National Band Association. He is a founding member of the Oregon Chapter of Phi Beta Mu, and in 2006 was inducted into the Northwest Bandmaster’s Association. Mr. Vandehey was named the Oregon’s Outstanding Music Educator in 2010 by OMEA.

Mr. Vandehey began his career at Aloha High School and from 1980 to 1994 built an award winning program in concert, jazz and marching band. Aloha High School placed in the top three at the Oregon State Band Championships from 1990 to 1994 placing 1st in 1992. He moved to Westview High School when it opened in 1994. Since Westview’s opening, all aspects of the band program have excelled. The Westview Symphonic Band qualified for the State Band Championships each year of its existence and placed in the top three in the last six years of Mr. Vandehey’s tenure there, winning in 2000, 2001 and 2002.

The Band program at George Fox University grew significantly under Mr. Vandehey’s direction. In 2007 and 2009 George Fox was selected to perform at the MENC Northwest Convention. In 2008 and 2016 the George Fox Symphonic Band was the featured ensemble at the Oregon Music Educators Association conference. In 2010 the Symphonic Band was invited to perform at the Western International Band Clinic in Seattle, Washington.

Mr. Vandehey is married to Kristin, his wife of 40 years and has two daughters, both of whom are educators.