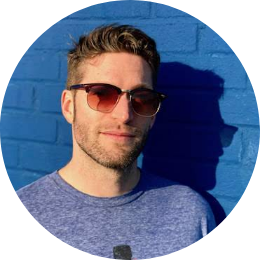 Thom Hines is an interaction designer, artist, and developer interested in building clear, intuitive, and unique interactive experiences. He has been teaching for nearly a decade and has always worked to make design and technology approachable and accessible both to his students and his users. He is currently the Interactive Designer for the New York chapter of AIGA and has worked with scores of clients and design firms all over the world through his independent web design studio, Don't Get the Wrong Idea.

With a background in software development, engineering, and graphic design, Hines has used his skills to create everything from facial recognition software, to city-wide augmented reality art installations, to smart devices that help you to remember your keys on your way out the door. He has produced work for CNN, MagnanMetz Gallery NYC, Grizzly Creek Films, The History Channel, among others, and his projects have won awards in the Urban App Incubator Mobile App Competition and the Best Scene in Town competition in Amsterdam.

He holds an M.F.A. in Design and Technology from Parsons The New School.