Film educator and PSU professor Andries Deinum transformed Portland’s cultural and intellectual landscape through his innovative use of film in education. Each year, Portland State University awards the Andries Deinum Prize for Visionaries and Provocateurs to an undergraduate or graduate student who is committed to expanding public dialogue via creative artistic expression, original research or an innovative project highlighting the role and value of art in the 21st Century. 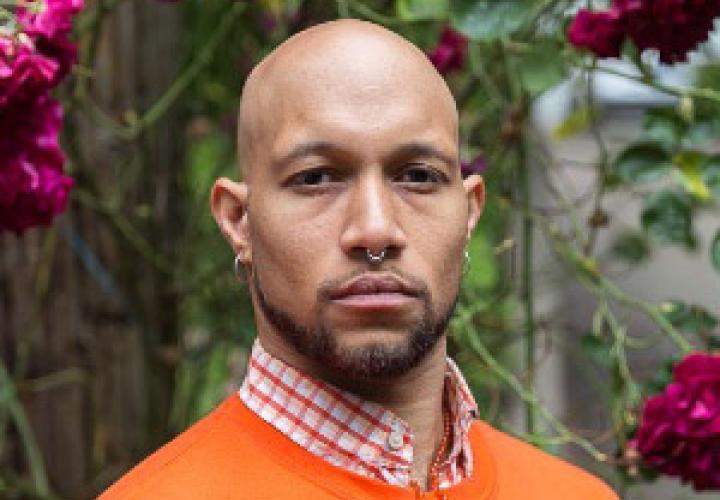 Artist Michael Bernard Stevenson Jr., a candidate for MFA in Art and Social Practice, is the recipient of the 2020 Andries Deinum Prize for Visionaries and Provocateurs, for their Afro Contemporary Art Class project at the Dr. Martin Luther King Jr. School in Northeast Portland.

Support talented and deserving College of the Arts students by making a gift to the Andries Deinum Prize for Visionaries and Provocateurs. 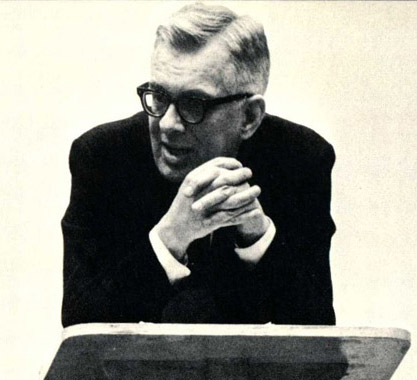 Film educator Andries Deinum transformed Portland’s cultural and intellectual landscape through his innovative use of film in education.  Beginning in 1958 his classes on the art of film, offered through the Portland Extension Center, plus his lectures at the Portland Art Museum, the City Club and other venues brought public attention to film as the primary art form of the 20th century.  A pioneer in film studies, Deinum brought the discipline to Portland State and contributed to its acceptance at other colleges.  His Center for the Moving Image (CMI), established in 1969 at Portland State University with his colleague Thomas T. Taylor III, laid the groundwork for the Northwest Film Center and Portland’s thriving film community. Until it was eliminated from the University’s budget in 1981, CMI was the most complete professional filmmaking and film studies program in the Pacific Northwest.

Deinum’s unique approach to teaching placed film at the heart of a liberal arts education, a hub that linked with and enriched many disciplines. Following the tradition of Van Gogh, whom he greatly admired, Deinum believed that “art is nothing at all unless it is equipment for living…unless it untangles our surrounding chaos for us, rather than adding to it.” Hence his oft’ cited dictum: “Art should stir people up, not mix them up.” He railed against “irrelevant ingenuities” that flood popular culture, and encouraged his film students to look beyond the screen to see the bigger picture.

As an individual who had seen the oppressive force of Nazi Germany in his native Friesland and confronted the Hollywood blacklist in his adopted home, Deinum placed high value on the role of the personal voice in art and public life.  Outspoken and often controversial, he used both film and public television to ignite conversations around a wide range of issues such as urban planning, minority rights, love, and censorship. With his humanistic passion for the arts as central to education and life he fostered open, non-commercialized, informed dialogue between individuals and groups regarding contemporary culture and society.

Active in both civic affairs and teaching, Deinum helped to guide PSU’s development as an urban university. The “Vital Partners” theme he originated as part of building a productive University/City relationship is carried today in PSU’s motto, “Let Knowledge Serve the City.”

Learn more about Andries Deinum and the Center for the Moving Image in the PSU Archives.

Apply for the Andries Deinum Prize for Visionaries and Provocateurs

The Andries Deinum Prize for Visionaries and Provocateurs is awarded annually to recognize and celebrate the exceptional creative potential of an undergraduate or graduate student (or students in collaboration) enrolled in PSU College of the Arts. The 2021 prize amount is $10,000.

Learn more about the Deinum Prize.