Using the power of prevention education to promote healthy relationships and sexuality by addressing the underlying social determinants of violence and to create equal and respectful relationships.

Illuminate seeks to shed light on the social injustices that lead to sexual and relationship violence and to create social change through prevention programming such as bystander intervention, anti-oppression, consent workshops and social norms campaigns. 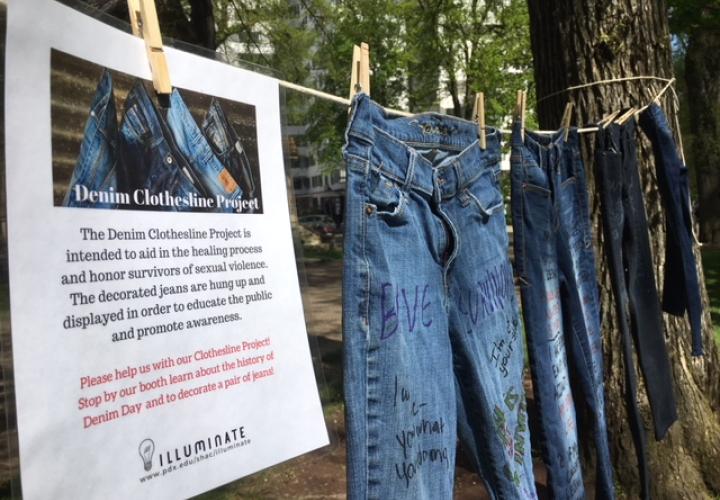 Denim Day is a campaign to spread awareness and educate people about sexual violence. Denim Day always happens the last Wednesday in April, which is Sexual Assault Awareness Month. We ask people to wear denim as a visible sign of protest against sexual violence and to come together as a community.

In Rome in 1992, a 45-year-old driving instructor was accused of rape. When he picked up an 18-year-old girl for her first driving lesson, he allegedly raped her for an hour, then told her that if she was to tell anyone he would kill her. Later that night she told her parents and her parents agreed to help her press charges. While the alleged rapist was convicted and sentenced, the Italian Supreme Court overturned the conviction in 1998 because the victim wore tight jeans. It was argued that she must have had to help her attacker remove her jeans, thus making the act consensual (“because the victim wore very, very tight jeans, she had to help him remove them…and by removing the jeans…it was no longer rape but consensual sex”). The Italian Supreme Court stated in its decision “it is a fact of common experience that it is nearly impossible to slip off tight jeans even partly without the active collaboration of the person who is wearing them.”[1] As of 2008 the Italian Supreme Court has overturned their findings, and there is no longer a “denim” defense to the charge of rape.

We would like all PSU staff and faculty to wear denim on Wednesday, April 28, 2021 to participate in this important annual event. By filling out the Pledge Form, you can take the pledge, as an individual staff or faculty or as a department, to participate.

We encourage students, faculty and staff to use the Denim Day Zoom backgrounds on Wednesday, April 28th. 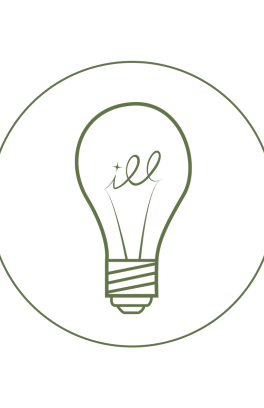 How to Hook Up: Consent

It's our place to help cultivate a safer community for everyone at PSU by learning the skills to be an active bystander.

This workshop offers candid discussions about lessons learned through vulnerability in social justice education. We will explore the significance of our own learning to engage participants in content with decreased defensiveness and increased humility.

Time’s up for Cancel Culture: Moving beyond the call-out and towards justice

This workshop will examine the dynamics of “cancel culture.” We will begin by defining “cancel culture” and then pull apart the layers of how this practice ultimately fails to create justice in social movement.

How to Hook Up: Consent

This interactive workshop provides an overview of all aspects of intimate partner violence. Activities will help students identify the dynamics of an abusive relationship and make connections between macro and micro level influences on violence.

Sports & Society provides a critical examination of culture, gender, and race in sports culture. This workshop asks participants to explore the relationship between inequality and injustice in sports culture in context of larger societal structural powers, and identify opportunities.

In this workshop, participants will begin by establishing definitions of culture and socialization. From these definitions, we will make our way through the layers of culture, exploring the potential impacts of socialization on the creation of judgments and prejudices.

Anyone interested in volunteering to do outreach and/or event tabling please contact Illuminate@pdx.edu and sign up for our monthly newsletter.  Our newsletter provides information about IPV services on campus and upcoming events. There are a variety of internship opportunities for MPH, MPA and MSW students, such as curriculum development and program evaluation. If you are interested in an internship position contact Amy Collins: amcoll2@pdx.edu