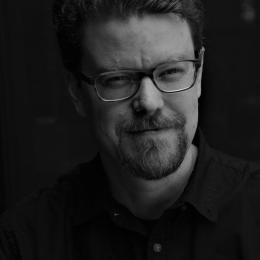 M. Allen Cunningham is the author of nine books. His newest is Q&A, a large hybrid work inspired by the 1950s quiz show scandals (coming from Regal House Publishing in January 2021). His other books include the American Booksellers Association #1 Indie Next novel The Green Age of Asher Witherow; an experimental biographical novel about Rainer Maria Rilke entitled Lost Son; a samizdat novel about unbridled surveillance, constant war, and technological upheaval entitled Partisans, which was a Finalist for the Flann O'Brien Award for Innovative Fiction; and the novel Perpetua's Kin, named one of the Most Anticipated Titles of the season in New York Magazine and a Favorite Summer Read in The Oregonian. Cunningham has also published a volume of essays entitled The Honorable Obscurity Handbook and an illustrated work of cultural criticism entitled The Flickering Page. He has written regularly for The Oregonian and recently edited and wrote the introduction for Funny-Ass Thoreau, the first collection of humorous writing by the author of Walden. Cunningham's work has appeared in many distinguished national and regional literary publications such as The Kenyon Review, Glimmer Train, Tin House, Alaska Quarterly Review, Oregon Humanities Magazine, and Poets & Writers. The recipient of residencies at the Yaddo Colony and multiple fellowships and grants, Cunningham founded the literary publishing house Atelier26 Books, which has been honored by the PEN Hemingway Award (finalist), the PEN/Bingham Prize (longlist), the Balcones Fiction Prize (winner), and an Oregon Literary Fellowship. Cunningham serves as a contributing editor for Moss literary journal. He produces and hosts the weekly creativity podcast In the Atelier, as well as ​Thoreau's Leaves: the Thoreau Podcast.