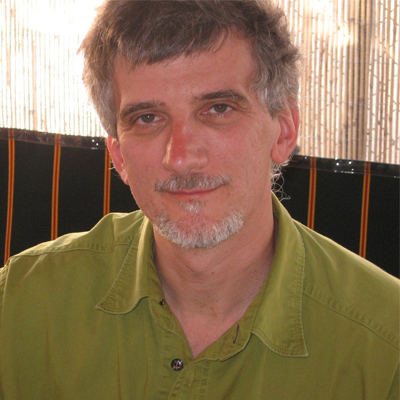 John Perona holds degrees in chemical engineering, biochemistry, and law, and is author of over 100 peer-reviewed articles. He teaches classes in synthetic biology (Chem 496/596), structure-function biochemistry (OHSU CONJ 661, 663), and metabolism (Chem 491/591). Financial support for the Perona laboratory is presently through generous grants from the National Aeronautics and Space Administration (NASA) and the National Institutes of Health (NIH). The lab is affiliated with the Center for Life in Extreme Environments (CLEE) at PSU and with the Department of Biochemistry and Molecular Biology at Oregon Health & Science University (OHSU).

We investigate how sulfur is taken up into single-celled microorganisms that inhabit environments without oxygen (anaerobes). This can shed light on biochemical mechanisms that were present on the early anaerobic Earth, before about 2 billion years ago.  Methanogens are the model systems for our experimental work.  These organisms produce methane, an important greenhouse gas, as a byproduct of their metabolism. Therefore, our studies also have implications for understanding Earth’s carbon cycle and mitigating global warming.

We have a good understanding of how sulfur is taken up and incorporated into biomolecules for organisms that live in oxygen-rich environments.  However, the known genes that encode proteins involved in these processes are missing in many methanogens.  By analyzing genomic DNA from all microorganisms in the domain Archaea, including methanogens, we discovered new genes that were likely candidates to be involved in anaerobic sulfur biochemistry.  We then used genetics to demonstrate that the proteins coded by these genes are essential to sulfur metabolism under certain conditions. We are now studying the new proteins using techniques from molecular biology, biochemistry and biophysics, including X-ray crystallography. We also are engaged in a challenging project to reconstitute the anaerobic sulfur assimilation and trafficking machinery in the common bacterium Escherichia coli. This may allow insights into how sulfur-based metabolic processes adapted during the ancient transition to an aerobic Earth.

Synthetic biology is a new field devoted to engineering living cells for useful functions in environmental remediation, biosynthesis of therapeutics, and many other areas.  Our lab focuses on engineering the cellular apparatus for protein synthesis, especially the coding enzymes (the aminoacyl-tRNA synthetases) that properly match amino acids and transfer RNAs (tRNAs).  For this project we draw on many years of experience in studying the fundamental catalytic mechanisms of these and related enzymes that are involved in the biochemistry of tRNA.

Our current work in this field involves the rational engineering and mechanistic dissection of aminoacyl-tRNA synthetases (aaRS) that are able to incorporate noncanonical amino acids (ncAAs), such as 3-nitrotyrosine, as directed by engineered genes containing reprogrammed stop codons.  Nearly all aaRS that work with ncAAs are derived from directed evolution experiments, and they are not as catalytically efficient as the naturally occurring enzymes. There are also important questions regarding the ability of other parts of the protein synthesis apparatus, such as elongation factors and ribosomes, to function with the new aminoacylated tRNAs. We believe that our detailed understanding of structure-function relationships in engineered RNAs and proteins will be helpful in improving aaRS activities and in turn solving some of the practical challenges in this area of synthetic biology. Among the many important applications of genetic code expansion are fluorescence imaging of cellular processes, and biocontainment of genetically engineered microorganisms that are released into the environment.

The fruits of scientific endeavor reach into almost every corner of society, making a basic understanding of science essential to governance. However, effective science-based policymaking is hampered by widespread scientific illiteracy, both in the general public and among legal and public policy professionals. Also, while it is often stated that law and policy should stand on the “best available science”, substantial obstacles to maintaining scientific integrity in government persist. Sustaining a long-term nonpartisan focus on improving science and technology-based policymaking remains a major challenge in the US today.

Dr. Perona integrates expertise in science and law to address how advances in science and technology can be incorporated into policymaking, focusing on climate change, the transition to a renewable energy economy, and biotechnology. Recent investigations include analysis of a new state law for groundwater conservation in California, critical review of current US policies for the use of genetically modified organisms in agriculture, and a detailed analysis of the science and policy for developing renewable transportation fuels, including biodiesel production from algae. Dr. Perona also engages in community outreach through his work with Citizens Climate Education, a nonpartisan group that advocates a national fee & dividend carbon pricing policy to address climate change.

A full list of publications can be viewed on Dr. Perona's Google Scholar page.

Publications on the environmental science/policy interface