How becoming a manager can be a double-edged sword

There are perks to becoming a manager: higher pay, career mobility, and more authority and influence when it comes to making decisions. But there are also downsides: having too much work and not enough time to do it. A new study from Portland State University and University of Zurich researchers calls the transition a "double-edged sword" and found that a manager's ability to mentally detach from work during non-work hours can help reduce the increased exhaustion and work-family conflict that come with the new role. 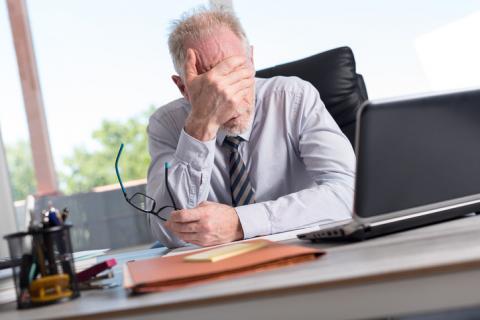 The study, recently published in the Journal of Business and Psychology, examined more than 2,000 individuals and found that employees experienced so-called resource gains and losses when they became managers.

Charlotte Fritz, a co-author of the study and an associate professor of industrial and organizational psychology in PSU's College of Liberal Arts and Sciences, said the increased authority and freedom that comes with a managerial role leads to an increase in job satisfaction.

But on the flip side, having to juggle a heavier workload means having to potentially skip breaks or work longer hours. As a result, managers experience higher levels of exhaustion and more work-family conflict, Fritz said.

The study builds on research that has shown that an employee's ability to detach from work during non-work hours is important for their well-being and results in lower burnout and higher life satisfaction.

Fritz recommends that companies not only restructure managers' work so they're not dealing with constant time pressure, but also incorporate strategies for detachment as part of management trainings.

"Organizations need to encourage managers to regularly take time to mentally let go of work — to not check emails, to not be on calls at home, to actively engage with their families or hobbies — so the impact on exhaustion and work-family conflict is not as strong," she said.

She said it's as much about employees' well-being as it is about the company's bottom line. The cost of sick leave or replacing employees who leave in search of a better work-life balance can be expensive.

"Supervisors are responsible for others and if they're burned out or not satisfied in their role and their work, that trickles down," Fritz said. "They're not only impacting themselves on an individual level; they're impacting a whole workgroup. Managers are highly influential in terms of employees' work experiences, so they need to be taken care of."

But she said there is a movement happening.

"There are organizations who are getting it," Fritz said. "They're creating flexibility for their employees about where and when to work, allowing them to create boundaries and encouraging supervisors to support their employees around creating work-life balance."

The study's other authors are Maike Debus and Michel Philipp from the University of Zurich. The work was supported by a grant from the Swiss Science National Foundation.