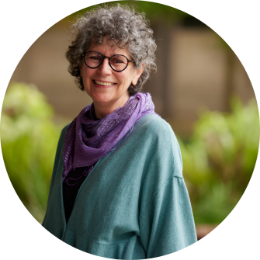 Professor Karin Magaldi, Head of the Theater program and Associate Director of the School, is also the Secondary Education Advisor. Since joining the PSU faculty, she has directed several departmental productions including Eurydice, The Importance of Being Earnest, The Trestle at Pope Lick Creek, Hamlet, the 1603 Quarto, The Triumph of Love, Haroun and the Sea of Stories, Two Gentlemen of Verona, Much Ado About Nothing, Venus, and Arcadia. Locally, she directed Spinning Into Butter and Boy Gets Girl for Coho Productions as well as staged readings for the Jewish Theatre Collaborative, Portland Center Stage and Profile Theatre. Her writing credits include The Spectacles, Wilde Tales, Verge Warnings, Jack and the Bones, Consider the Ant, Air and American English versions of Hedda Gabler and A Doll's House. She is also a professional dramaturg, and has worked with various local theaters including Artists Repertory Theater, Portland Center Stage, Portland Playhouse, Third Rail Repertory, the Miracle Theatre Group, CoHo Productions, Shaking the Tree Studio and Profile Theatre. Currently, she serves on the Artistic Council for CoHo Productions. She holds an MFA in Playwriting from UCLA and is a member of Playwrights West and the Literary Managers and Dramaturgs of the Americas.