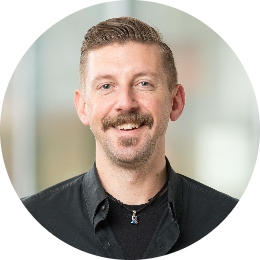 Whether he is collaborating with an instrumentalist, coaching a singer, conducting an opera, or accompanying a choir, Chuck Dillard is a musician at his best while working with others. Hired as a church pianist at age seven, he fashioned his musical beginnings, education and career around the art of collaboration.

Recently appointed as Assistant Professor, Chuck was brought to Portland State University to create a new graduate program in Collaborative Piano. Previously, he served on faculty at the University of Texas at Austin from 2008 to 2016 assisting to create a similar program. From 2001 to 2005 he was on faculty at Furman University in Greenville, SC as instructor of music theory and staff pianist.

In the field of opera, Chuck has a broad range of experiences as a conductor, coach and pianist. He has worked for companies including Austin Opera, Opera Carolina, Central City Opera, Piedmont Opera and his collaboration with Opera Colorado on a new production of Nixon in China is available on the Naxos label. In addition to working professionally, Dr. Dillard is very involved in vocal and operatic training for singers from the high school to the pre-professional level. He spends his summers with young singers in programs such as Opera Viva! in Verona, Italy, and Spotlight on Opera in Austin, TX. Operatic conducting credits include Le nozze di Figaro, Falstaff, Carmen, Little Women, The Crucible, and La femme Boheme - the first all-female version of Puccini’s opera.

As an educator, Dr. Dillard crafts his instruction around the belief that today’s musician should be able to make a living in their art form while creating beautiful music in the process. He has developed courses in vocal and instrumental accompanying, lyric diction, music theory, collaborative literature and art song history. He is frequently seen at national conferences speaking on topics including orchestrating at the piano, works of Reynaldo Hahn, and how to work with pianists in voice lessons. Past conference presentations have been given at the National Performing Arts Convention, ClarinetFest, International Trombone Festival, National Opera Association, Music Teachers National Association, Collegiate Music Society, International Double Reed Society, and Texas Music Educators Association.

Dr. Dillard received degrees in collaborative piano from the University of Colorado – Boulder (DMA) and the University of Maryland – College Park (MM). Also, he received two Bachelor of Music degrees from Furman University in piano performance and music theory. His principal teachers were Anne Epperson, Robert McCoy, Rita Sloan, Ruby Morgan and Derek Parsons. He is a member of Pi Kappa Lamba and Sigma Alpha Iota as a Friend of the Arts.