A musician plays the harp

The end of any academic year brings good-byes and fresh opportunities, and the 2020-21 year is no different. Three esteemed faculty members in the School of Music & Theater have announced their retirements: Debra Glaze, Brad Hansen and Christine Meadows.

”It is with a mixture of sadness, admiration and gratitude that I look upon the retirements of these three wonderful faculty members,” said Leroy Bynum Jr., dean of the College of the Arts.

“Each one brought their considerable musical gifts and passion for teaching to the School of Music & Theater, and each one leaves a legacy of excellence and innovation in their respective disciplines,” said Bynum. “Christine has developed PSU’s opera program into a national treasure, Debbie has prepared countless music educators to teach the joy of music to future generations, and Brad has done the remarkable work of empowering students and teachers to embrace music theory through digital platforms. The faculty, staff and students in the College of the Arts are very grateful to have taught alongside and learned from these three invaluable members of our COTA family.” 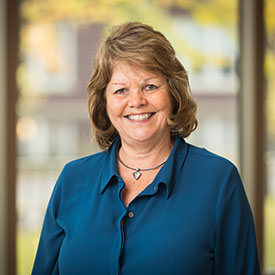 Professor Debra Glaze, who joined the School of Music & Theater in 2003, coordinates the School’s Music Education program. With an academic and professional background rooted in choral singing and conducting, Glaze has worked as a tireless advocate of PSU’s music education pedagogy and programs, championing the Bachelor of Music in Music Education degree when it was launched in 2006. As the School of Music & Theater’s liaison to the Graduate School of Education, she pushed past boundaries to connect the two schools and support cross-discipline collaboration, and as a music supervisor, she oversaw a program encompassing band, choir, strings, world drumming and general music curricula. Glaze is known statewide as a leader in the field of music education, having served as president of the Oregon Music Educators Association, as a board member of the Oregon American Choral Directors Association (ACDA), and as a state-certified choral adjudicator. She plays an active role in the ACDA and the National Association for Music Education, and she is a former president of the Northwest Division of the National Association for Music Education. She estimates that she has prepared more than 200 music educators over the course of her 18 years at PSU.

“Debbie knows what it takes to be a successful music educator and she passes that on to her students with both honesty and compassion,” says Ethan Sperry, the Barre Stoll Professor of Choral Music and Glaze’s colleague for the past 11 years. “She created a Music Education Program at PSU, and within its first few years we were placing every single graduate into music teaching positions! That trend has continued uninterrupted for over a decade, now even during this pandemic. It is a real tribute to how one person can truly make a difference.” 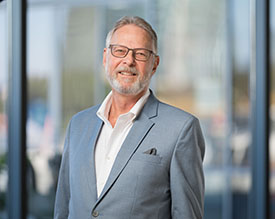 Brad Hansen came to the School of Music & Theater in 2000 as the Music Theory Coordinator, contributing his musical expertise as a theorist, composer and arranger. In this role, he teaches all levels of theory, formal analysis, orchestration, analytical technique, composition and more to music majors. Hansen combines his music theory experience with a specialization in digital media production and interactive design, having created digital audio and video for major technology companies including Microsoft, Intel, Oracle and Hewlett-Packard and conducted seminars on interactive design for the U.S. Department of Defense. Hansen has authored four editions of “The Dictionary of Digital Media” (Fitzroy-Dearborn and Routledge), and he developed an open-access website for teaching and testing music fundamentals. His materials for teaching music theory, tests and drills, compositions, media production guides and more are available at https://hansenmedia.net.

“Brad Hansen has been a wonderful colleague and friend. Since I joined PSU in 2004 I have had the pleasure of working with Brad in various capacities,” said Susan Chan, professor of music and Piano Area coordinator in the School of Music & Theater. “A devoted teacher and scholar, Brad cares deeply about his students, colleagues, the university and the School. He often mentions the projects that his students are involved in. Brad is someone with a big heart and a listening ear. He is unassuming and patient.  He loves nature and a good laugh. Despite his busy schedule, he would not hesitate to offer help to his colleagues who approach him.” 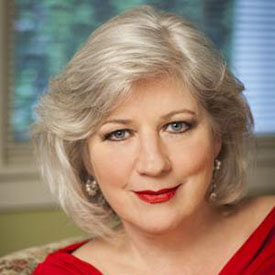 Christine Meadows, a PSU alumna, first joined the School of Music & Theater as voice instructor, and then in 2006 became Director of Opera and Vocal Area Coordinator, and in that new role she set about building a world-class opera program. A seasoned mezzo-soprano, she brought a wealth of professional experience, including two seasons with the New York City Opera, and performances with noteworthy opera companies around the country. Since returning to Oregon, Meadows has performed with numerous regional companies such as the Oregon Symphony, the Portland Baroque Orchestra, The Third Angle, Opera Theater Oregon and the Victoria Symphony and made frequent appearances with Portland Opera.

Under her leadership, the Portland State Opera flourished into an award-winning professional training program, with two full-scale productions per year performed for sell-out crowds, and opportunities for undergraduate singers to gain onstage experience. In 2012, Meadows received the Maseeh Award for Outstanding Fine and Performing Arts Faculty, and in 2017 was named the Vollum Professor of Voice.

She leads by example, and her efforts have inspired other faculty in our School to be ambitious. - Bonnie Miksch

“Christine’s impact on our School and commitment to performing arts education at the highest level cannot be understated,” said Bonnie Miksch, director of the School of Music & Theater. “As director of Opera, Christine has demonstrated year after year that dreaming big will pay off. The fully staged opera each spring has become one of our University’s most visible and popular events, and it should be noted that she frequently chooses ambitious works which other college programs would shy away from, such as Poulenc’s ‘Dialogues of the Carmelites’ and Britten’s ‘A Midsummer Night’s Dream.’ Additionally, she has brought two world premieres to our stage, Mark Lanz Weiser’s ‘The Place Where You Started’ and Celka Ojakangas’s ‘Mirror Game.’ And she brought ‘The Place Where You Started’ to China for a second run, showing that her work as artistic director has international impact. But while the products of our opera program are impressive, it is actually the educational process and opportunity for the singers which remains her primary goal.”

We wish Debra Glaze, Brad Hansen and Christine Meadows a fulfilling retirement and send them our deepest gratitude.

Interviews with each of the retiring professors will be published on the College of the Arts and School of Music & Theater websites later this summer.