Citizenship in Japan: from “Closed Country” to “Unity in Diversity”

presents an installment in the Series:  Race, Citizenship, and Inclusion/Exclusion

Citizenship in Japan: from “Closed Country” to “Unity in Diversity”

Following the outbreak of the COVID-19 pandemic, controversy erupted in Japan about the Japanese government’s policies on the entry of foreigners. Like many countries around the world, Japan imposed tight restrictions on cross-border movement during the pandemic, but Japan’s rules were particularly strict. Even foreigners who had spouses or immediate family in Japan, and many of those with permanent residence, were prevented from entering Japan from abroad. This approach seems at odds with recent measures by the Japanese government to loosen the country’s immigration restrictions and welcome the entry of foreign workers. The apparent policy contradictions reflect deep seated paradoxes and dilemmas in Japanese policies towards migration, citizenship and belonging. This lecture will explore how these debates have played out from the late nineteenth century to the present day, and consider how the long history of changing boundaries of belonging in Japan affects Japanese citizenship in the 2020s. 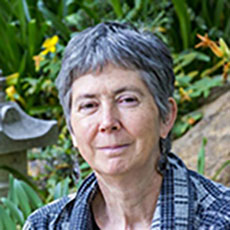 Tessa Morris-Suzuki is Professor of Japanese History at the Australian National University and an expert in national identity and ethnic minorities in Japan. She is currently engaged in an Australian Research Council project entitled “Informal Life Politics in East Asia: From Cold War to post Cold War”. Her most recent publications include The Living Politics of Self-Help Movements in East Asia (co-edited, 2017) and The Korean War in Asia: A Hidden History (edited, 2018).