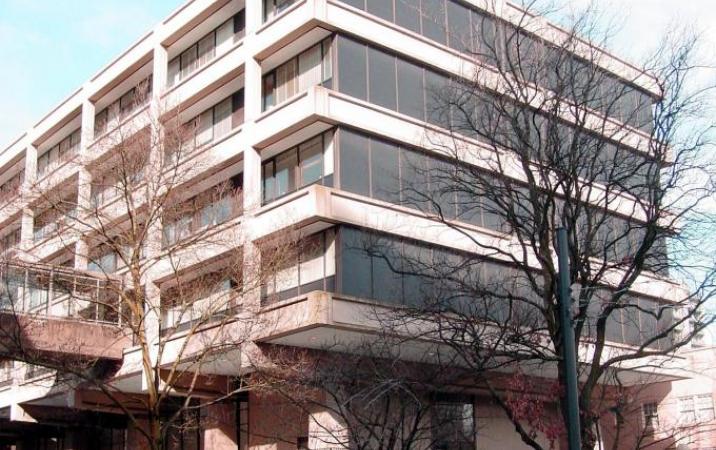 All Gender Restrooms: Multi-stall in the following location:

Science Building 1 (SB1) stands on the south half of the block between SW Tenth, Market, Eleventh, and the SW Mill right-of-way. It has six floors, a mezzanine between the first and second and two basement levels. It shares a block with the student residence hall, the Stratford Building and sits just to the north across Mill Street from the Science Research and Teaching Center (SRTC). An accessible, covered pedestrian skybridge connects the second floor of Science One to the second floor of SRTC. Wheelchair access can be gained via 11th Avenue.

Science One contains science classrooms, offices and laboratories. It was designed by Skidmore, Owings & Merrill and completed on January 12, 1967 for a total of $2.9 million. Prior to the construction of SB1 all science facilities and faculty were located in Lincoln Hall. Perhaps unsurprisingly, SB1 was originally simply the Portland State College Science Building prior to the construction of Science Building 2 (now SRTC) in 1969.

Historical Photos: Science Building One from the University Digital Gallery