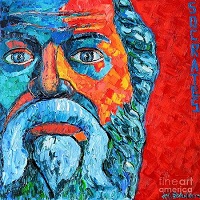 "Recording Injustices Genetically? The Case of the Human Microbiome"

This is the century of the gene, as Evelyn Fox Keller has noted (2002). So, it comes with no surprise that gene editing has occupied the news and has sparked some of the most significant bioethical debates of our time. Among the most significant of ethical concerns are the social impacts of widely-adopted genetic technologies. In this presentation, I intend to highlight how experiences of marginalization truly 'edit' parts of our biology and how social conditions literally 'get under our skin'.

Widely construed as the basis for moral considerability and political agency, subjectivity tends often to be understood as an exclusively-human and self-contained form of being. Yet growing evidence from the life sciences suggests that nonhumans or multiple sorts help to compose the subjective experiences and propensities of human beings. From gut microbial metabolites which operate like pharmacological mood-altering drugs to parasites lurking in your cat's litter box which can augment you appetite for risk, it now appears that many of our "personal" experiences actually include the presence - and express the influence - of diverse nonhuman others. Drawing from Friedrich Nietzsche's theory of the subject as a multiplicity, the essay thematizes these recent findings and proposes a concept of "more-than-human-subjectivities." Reading Nietzsche together with contemporary life-scientific research in such areas as photo-biology, chrono-biology, and studies of the gut-brain axis, the essay concludes with a preliminary discussion of how political agency might be rethought in more-than-human terms.

"Guardian angels, desert and the granting of citizenship"

In August 2020, Quebec's Premier referred to asylum seekers laboring in long-term-care homes, largely as personal care workers, as the province's "guardian angels." He proposed to recognize their heroism by granting them citizenship; for their dangerous work, in a time of national crisis, they deserved to be Canadian citizens. This desert-claim felt particularly strong in the midst of a global pandemic that has attacked the most vulnerable in our communities. But, the idea that immigrant ought to demonstrate that they deserve citizenship is common in the naturalization literature. In this paper (which is a chapter in a book I am writing, titled Democracy and Exclusion), I examine the way that "desert" is used to bestow (or to refuse to bestow) citizenship to many categories of individuals whose claims for admission and membership are considered in relation to the benefits they deliver to their host states. These categories include: temporary labor migrants, non-citizen military personnel and, as in the case above, asylum seekers hoping for permanent protection. Ultimately, I argue that the emphasis on desert encourages the exploitation of many highly vulnerable individuals in problematic ways. I argue furthermore that notions of desert must be excised from the determination of who is, and ought to be, entitled to citizenship status.

The Portland State University Socratic Society is a venue for Philosophy faculty and philosophers from outside the University to present papers or speak on various topics of interest.

Please check periodically for upcoming events, and if you are interested in presenting or participating with the Socratic Society at PSU, please contact Avram Hiller at ahiller@pdx.edu or Brad Berman at bberman@pdx.edu.