The Simon Benson House, a landmark in PSU's South Park blocks, may look like it has been there for years. However, this beautiful, century-old, Queen-Anne style home was moved in January 2000 from 11th and Clay to its current location and lovingly restored. It is now the home of the PSU Alumni Association.

History
In 1900, Simon Benson, a successful logger and civic philanthropist, built a grand Queen-Anne style house on the corner of SW 11th and Clay downtown. The interior of the house featured rich detail and decoration, and each room was paneled in a different kind of wood. The Simon Benson House had remained there for nearly 100 years. Once on the national historic register, the home fell into near disrepair and was condemned by the City of Portland in 1991.

With financial support from more than 1,000 individuals and business and spearheaded by the Friends of Simon Benson House, the House was moved to its new location on the Portland State University campus January 16, 2000. The renovation took nearly a year, with P & C Construction supervising and some 30 subcontractors participating. SERA Architects of Portland donated their services for the renovation project. 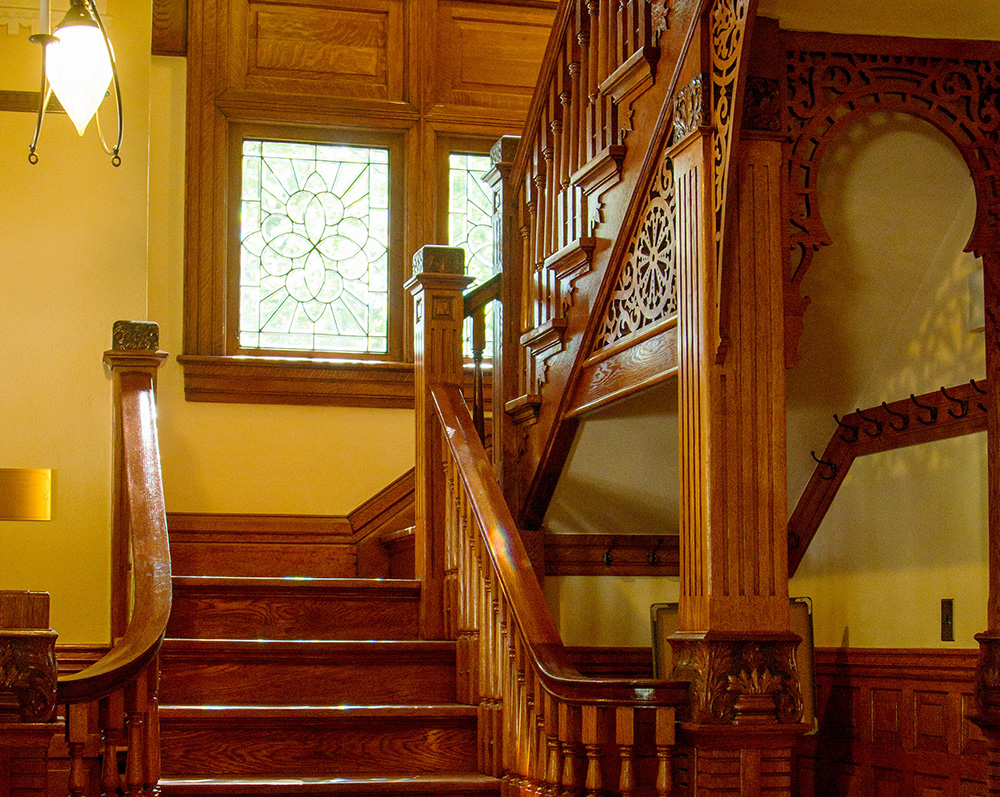