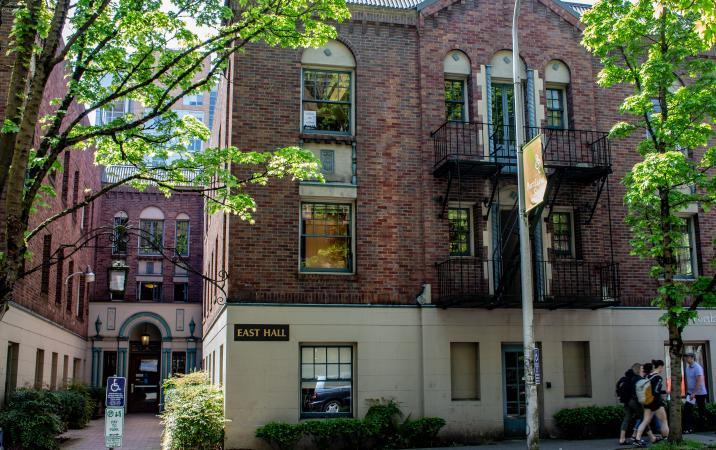 All Gender Restrooms Nine single-occupancy restrooms in the following locations:

East Hall is a Georgian Courtyard style three-story U-shaped brick and timber building located on the corner of SW Hall Street and Broadway. It is just south of Parking Structure One and just east across Broadway from Shattuck Hall.

East Hall has served as an administrative and academic space since it was acquired by Portland State College in November 1966 for $227,000. East Hall was originally an apartment building designed by the architect, Charles W. Ertz, for real estate developer, Ezra I. Nixon. It was constructed in 1924.

Historical photos of East Hall in the University Digital Gallery