Dr. Jun Jiao holds an M.S. in Physics and a Ph.D. in Materials Science and Engineering from the University of Arizona and is currently a professor of Mechanical & Materials Engineering.

Since joining PSU in 1999, Dr. Jiao has successfully initiated a number of major research activities that have established a strong foundation for her continued research and teaching efforts. In addition to supervising graduate students, her devotion to mentoring undergraduate students and encouraging young scientists led her to create a Research Experience for Undergraduates (REU) site that has been continually funded by the NSF since 2001. More than 200 students, a majority of whom are underrepresented minority and female students, have been trained through this program. Dr. Jiao has been recognized as an Outstanding Mentor of 2003–04 by Siemens Westinghouse Competition of Math, Science, and Technology. In 2004, she was awarded the John Eliot Allen Outstanding Teacher Award, a recognition based on student nomination. She was a recipient of the Outstanding Scientific Research Award in Physical Sciences (International Scientific Honorary), Sigma Xi, Scientific Research Society in 2013. Dr. Jiao was honored by the United States President with the 2004 Presidential Early Career Award for Scientists and Engineers (PECASE)—the nation's highest honor for professionals at the outset of their research careers whose work shows exceptional promise for leadership at the frontiers of scientific knowledge. Dr. Jiao also received PSU President's Diversity Award in 2009 and has been nominated for the Presidential Awards for Excellence in Science, Mathematics and Engineering Mentoring, acknowledging her commitment to providing opportunities for female and minority students to explore their interests in science and engineering. 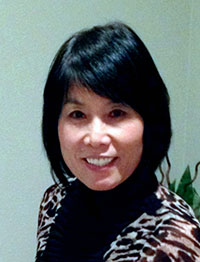