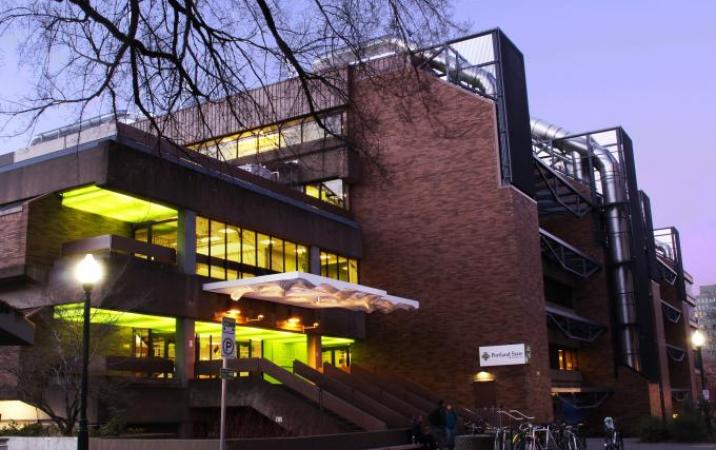 All Gender Restrooms: Six single-occupancy restrooms in the following locations:

SRTC has four-floors above ground, and two basement levels. An accessible covered sky-bridge extends from the second floor at the north end to the second floor of Science Building 1. Wheelchair access to SRTC is located on both the southwest and southeast corners of the building.

Campbell-Michael-Yost designed the building in the new brutalism style, which was completed on November 1, 1971 for a total cost of $7.045 million. Originally the building included two levels of parking but in 1975 these areas were converted into laboratory and office space. A recent hazardous materials building addition and a remodel and seismic upgrades to the main building were designed by IDC Architects and completed in 2011.