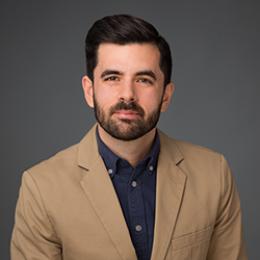 Interests
Professor Asaadi's research and teaching interests include: international relations theory; international security; Middle East and Iranian politics; and U.S. Foreign Policy. His book project on post-revolutionary Iranian politics is under contract with Lexington Books with an expected publication date of October 2020. He has presented his research at the University of Iowa, Willamette University, the Frankfurt Research Center for Postcolonial Studies (FRCPS) at Goethe University, the University of Minnesota, World Oregon, the International Studies Association (ISA), the Midwest Political Science Association (MPSA), and the Association for the Study of the Middle East and Africa (ASMEA).

Accolades
Professor Asaadi was awarded the Outstanding Teacher Award for the Department of Political Science by the Office of the Dean in the College of Urban and Public Affairs for the 2018-2019 academic year.