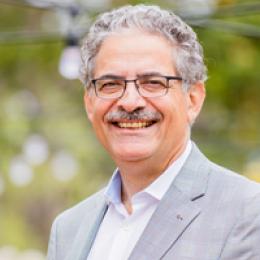 About Dr. Yesilada
Birol Yesilada is a Professor of Political Science and International Studies. He holds an endowed chair in Contemporary Turkish Studies and is Director of the Center for Turkish Studies as well as the Mark O. Hatfield School of Government. He teaches courses on the European Union, international political economy, decision-making, and Turkish politics. Previously, he was Chair of the Department of Political Science at the University of Missouri-Columbia. Professor Yesilada is the principal investigator for the World Values Survey project in Cyprus and has served as Co-editor-in-Chief of International Studies Perspectives and Associate Editor of The Middle East Studies Bulletin. His books include Global Power Transition and the Future of the European Union,  EU-Turkey Relations in the 21st Century, Islamization of Turkey Under AKP Rule (co-edited with Barry Rubin), Comparative Political Parties and Party Elites: Essays in Honor of Samuel J. Eldersveld, and The Emerging European Union (with David M. Wood). He has published numerous journal articles and book chapters on European integration, international political economy, political development in Turkey, the rise of political Islam, the Cyprus problem, and foreign policymaking. His most recent research projects include the World Values Survey, power transition theory, the rise of Islamism in Turkey, and the EU-Turkey relations. Professor Yesilada has been a consultant to various policy think tanks and agencies of the U.S. Government and participated in the task force that wrote the constitution of Afghanistan by invitation of the White House in 2003.