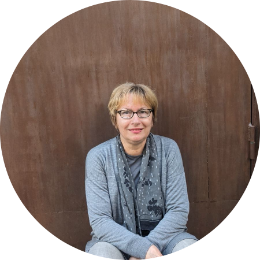 Office hours will be held via Zoom. Go to Dr. Davidova's Zoom Meeting Room during the scheduled office hours. You can also email Dr. Davidova to schedule an appointment at a different time.

A native of Bulgaria, I have studied in multiple locations from the Sofia University to the Central European University (Prague) to the European University Institute (Florence). It is no wonder that this peripatetic lifestyle has influenced my scholarly interests in travel and mobility, both spatial and social. My research has taken me to numerous (and dusty!) archives in Bulgaria, Greece, Italy, Macedonia, Serbia, the UK, and the US. Before coming to PSU, I was a postdoctoral fellow at the University of Oxford. Aside from being a voracious reader, I am a keen hiker and an enthusiastic movie goer.

My research interests focus on social developments in modern Europe. I began my scholarly path by investigating the intersection of trade and nationalism. More specifically, I explored the impact of modernization on multi-ethnic commercial networks in the European possessions of the Ottoman Empire. This led to my first book, Balkan Transitions to Modernity and Nation-States through the Eyes of Three Generations of Merchants (1780s-1890s). I then moved to examining the social (re)production of inequality in Southeast Europe, which resulted in an edited anthology, Wealth in the Ottoman and post-Ottoman Balkans: A Socio-Economic History. I have also published a number of articles and book chapters on travel, gender, and consumption. My new project, with the provisional title, Dutiful Nurses: War, Public Health, and Gender in Southeast Europe (1878-1941), focuses on the intertwining processes of state and nation building wherein public health played a key role. For this project I was awarded a research grant by the Rockefeller Archive Center. Other recent articles have appeared in The European History Quarterly; CLIO Femmes, Genre et Histoire; Turcica; Balkanologie; Aspasia. The International Yearbook of Central, Eastern, and Southeastern European Women's and Gender History; and The Journal of European Economic History.