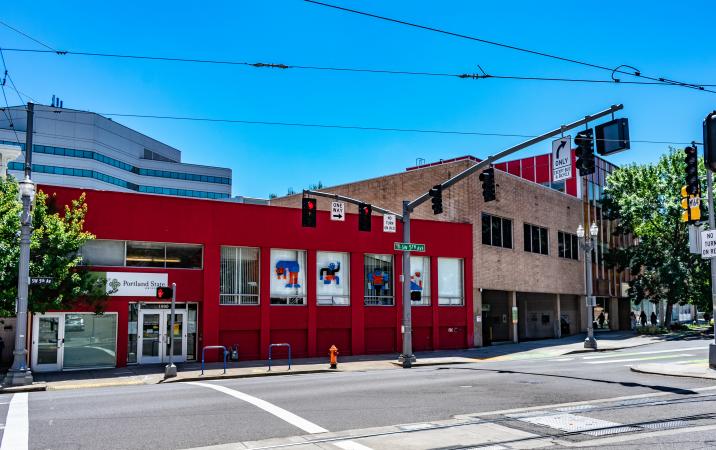 School of Art and Design

All Gender Restrooms: Four single-occupancy restrooms in the following locations:

The Art Building is a 31,867 square foot, Bauhaus style, stucco/glass building on the east side of SW 5th Avenue between Lincoln and College Street. It consists of three levels above ground, a basement level below street level, and parking. The Art Building (2000 SW 5th Ave) is attached to the Art Build Annex (1990 SW 5th) and both structures were acquired in 2001 for $2.75 million.