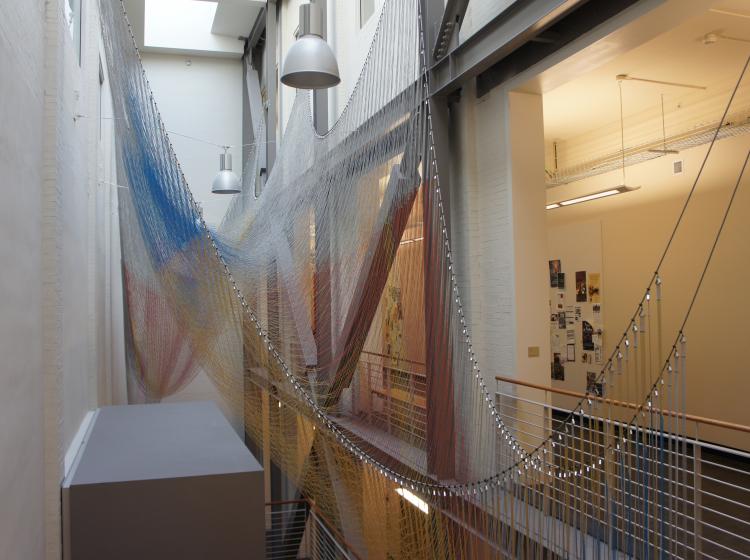 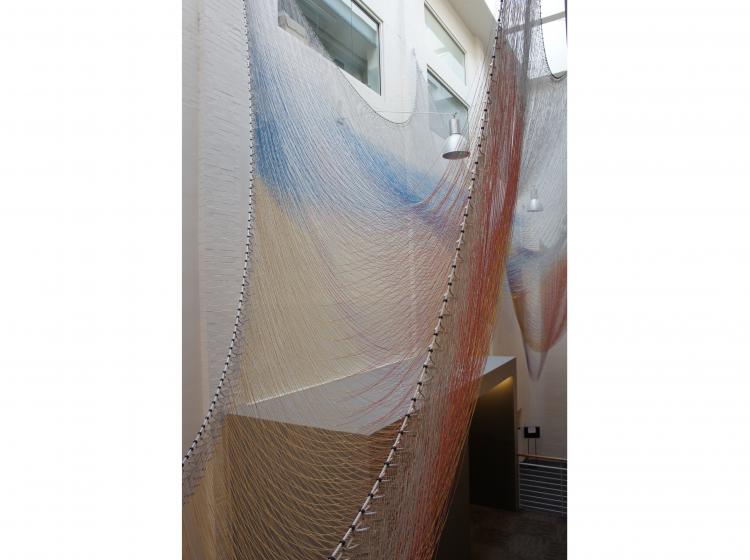 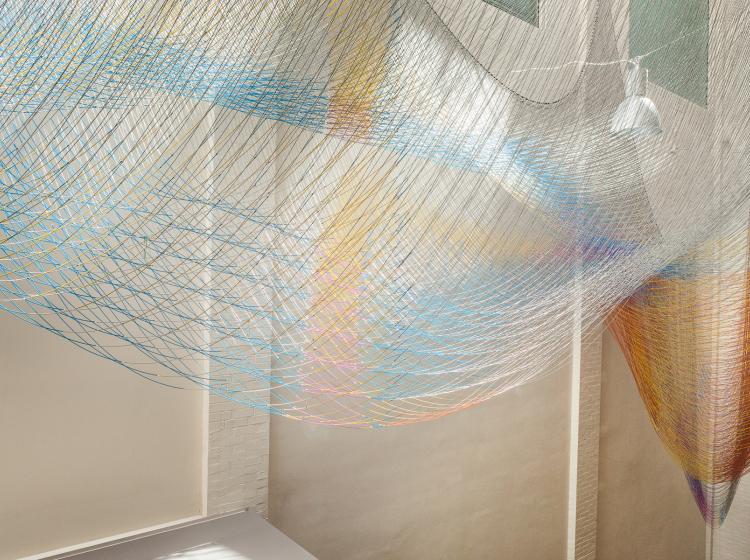 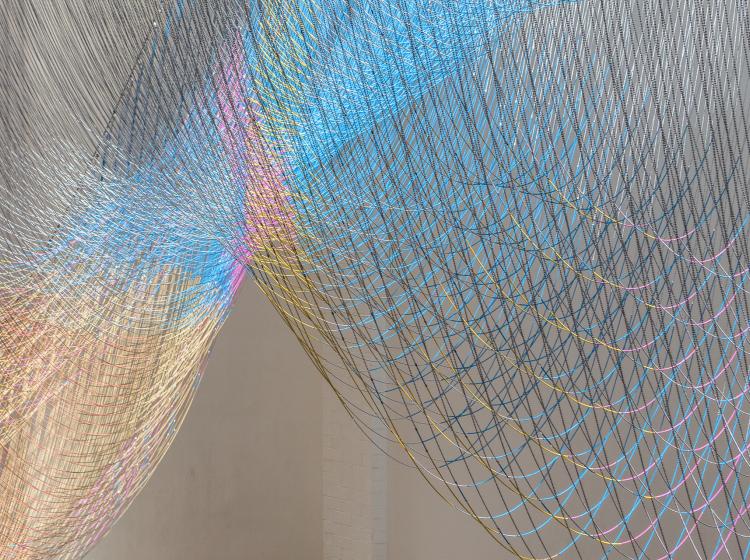 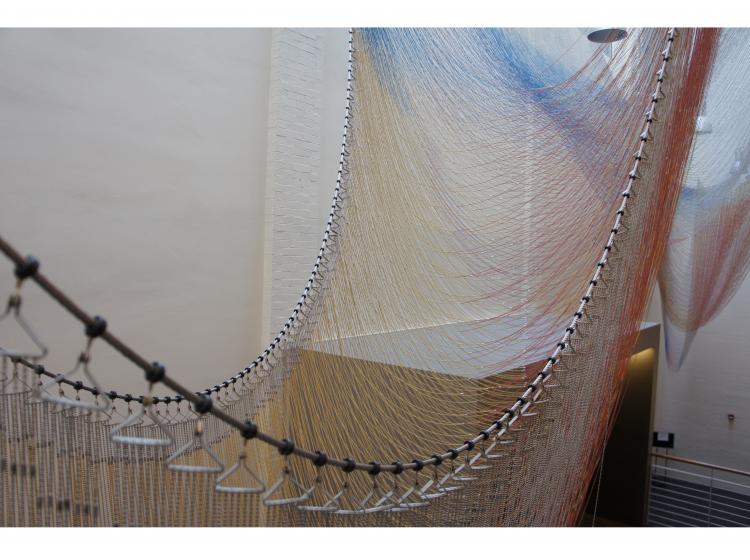 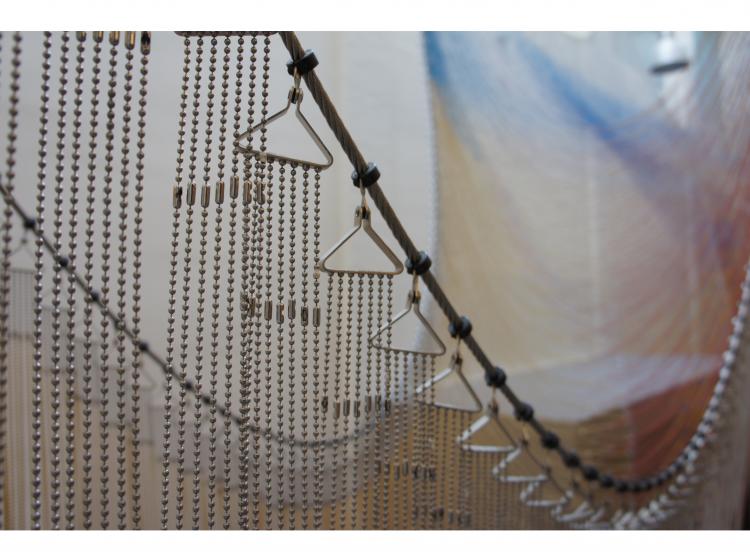 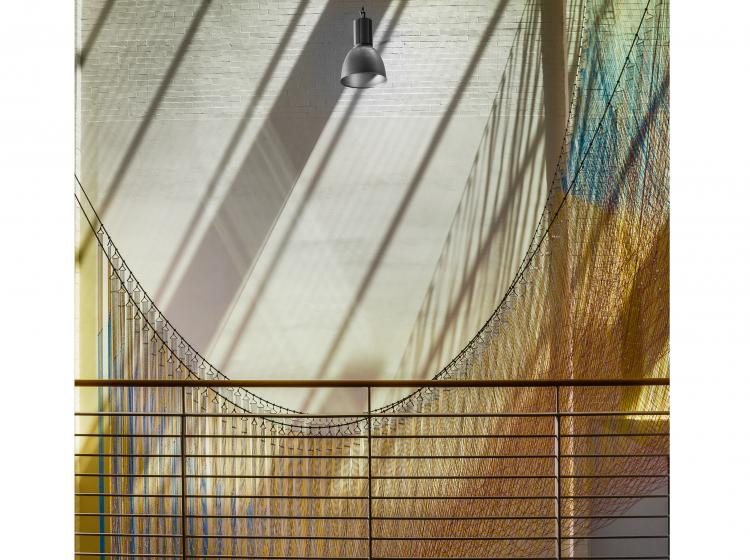 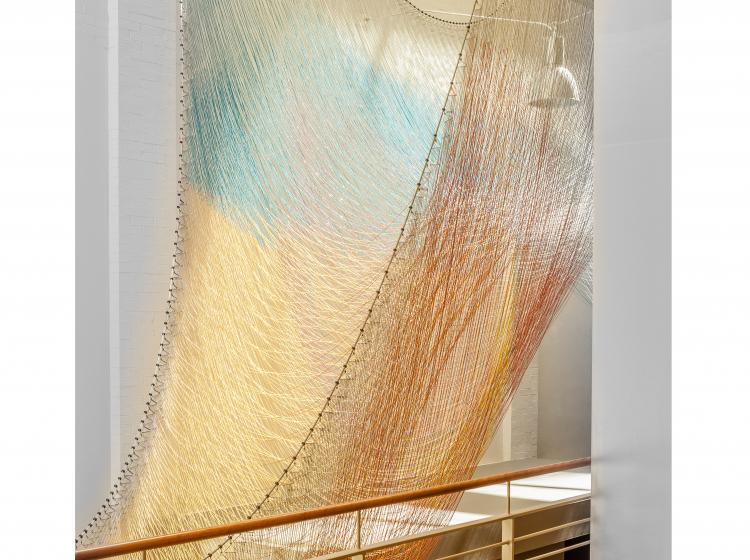 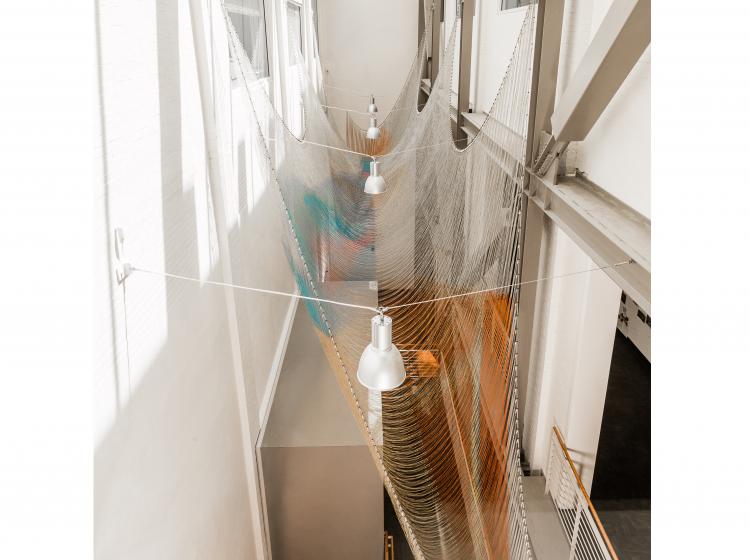 Located in Lincoln Hall, light well on the south side of the theater

Proscenium is an installation composed of thousands of sweeping lengths of tinted stainless steel ball chain hanging in catenary curve formations, suspended in the three-story volume of Lincoln Performance Hall’s south atrium. Lincoln Hall, on PSU’s urban Portland campus, was the first building the University occupied when it moved to the South Park Blocks in 1953. It is now the lively center of campus performing arts, housing the Schools of Music and Theatre & Film, including Lincoln Recital Hall.

Proscenium’s colors and forms take cues from theatrical curtain designs, while the title refers to the proscenium theater typology with its ‘proscenium arch’ or ‘fourth wall’ separating audience and performer. Part of a series of works by Ball-Nogues Studio entitled Suspensions, it is suggestive of the symbol of theatrical illusion—the curtain—while also performing through the activation of illusionistic light and moiré phenomena. The appearance of Proscenium is predicated on the changing qualities in the sky-lit atrium and the movement of the viewer around the piece. Like a gestural volume of color hovering in space, the work is suggestive of brush strokes on a translucent three dimensional canvas that dissolve into washes then resolve back into clear strokes with one’s changing perspective.

Ball-Nogues Studio is a Los Angeles-based integrated design and fabrication practice operating in a territory between architecture, art, and industrial design, led by Benjamin Ball and Gaston Nogues. Their work is informed by the exploration of craft. Essential to each project is the "design" of the production process itself, with the aim of creating environments that enhance sensation, generate spectacle and invite physical engagement. See more of their work on the Ball-Nogues Studio website.

This work was acquired through Oregon's Percent for Art in Public Places Program, managed by the Oregon Arts Commission.