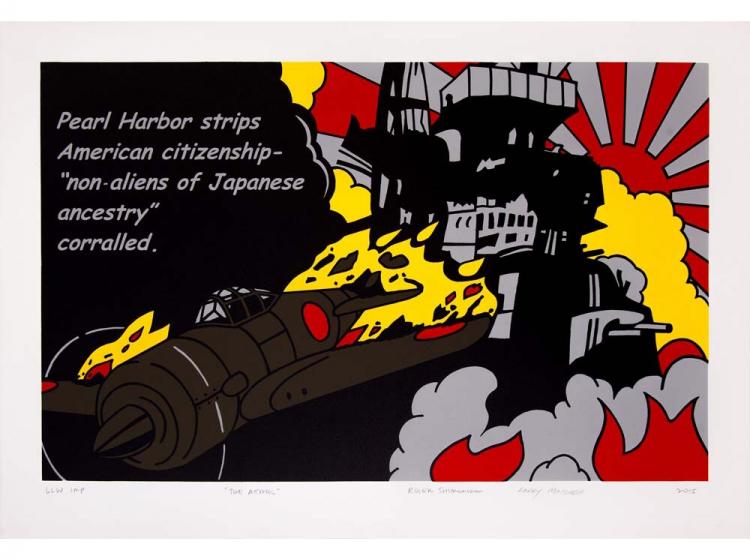 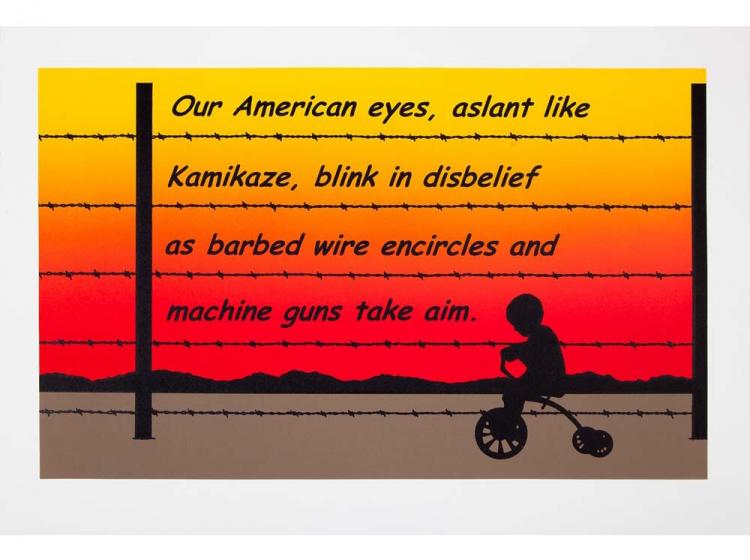 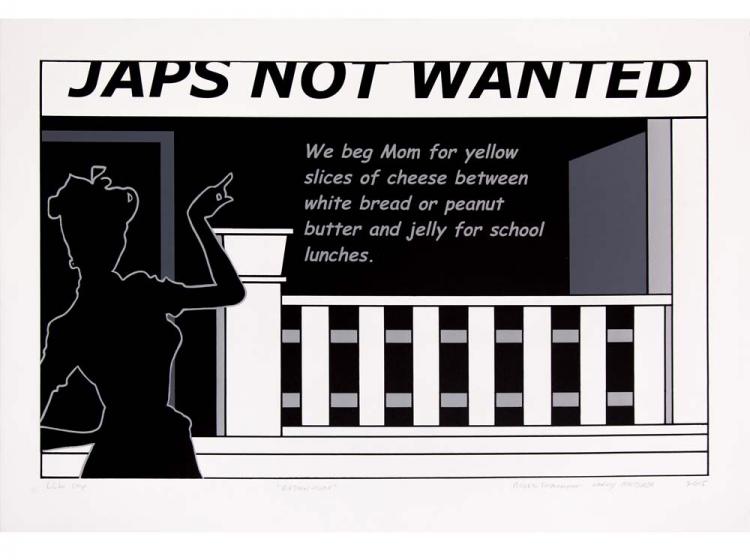 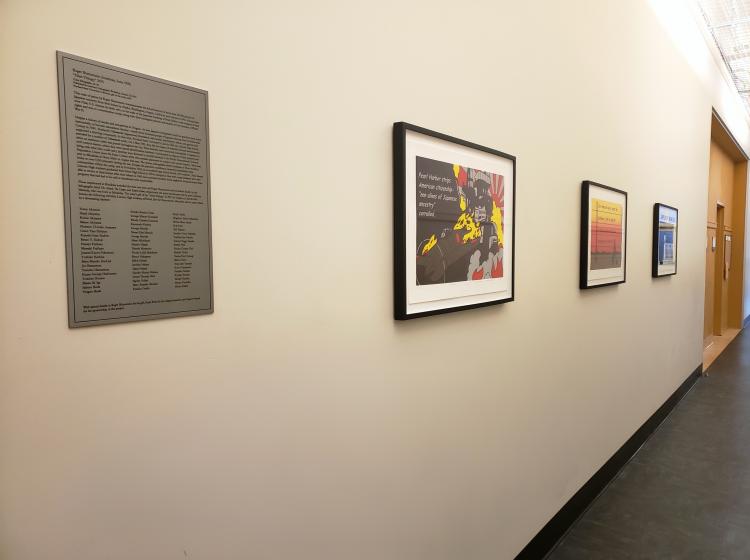 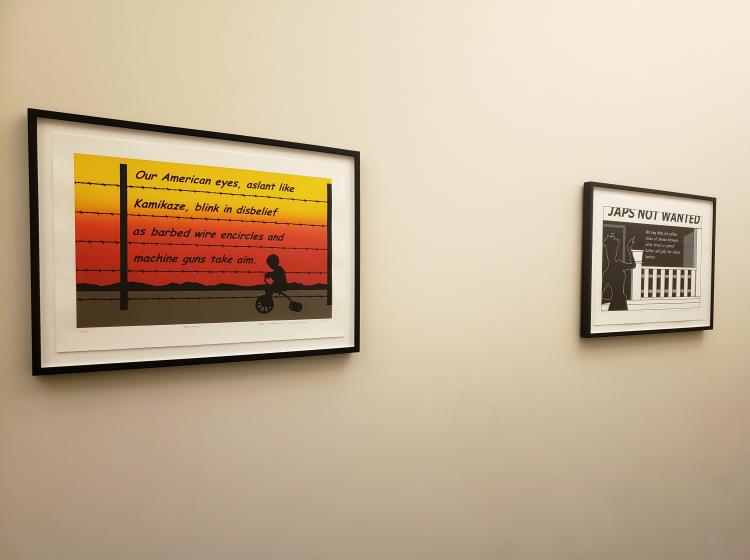 This suite of prints by renowned artist Roger Shimomura commemorates the forced removal of more than 110,000 persons of Japanese ancestry from their homes in Alaska, Washington, Oregon, California, and Arizona in 1942. Among them were Nisei, U.S. citizens by birth who, in the wake of the Japanese bombing of Pearl Harbor, were stripped of their rights and sent to concentration camps along with their immigrant parents and families for the duration of World War II.

Despite a history of racism and xenophobia in Oregon—by law, Japanese immigrants could not purchase land, marry interracially, or become naturalized citizens—nearly three thousand people of Japanese descent lived in Multnomah County in 1940. Portland’s Nihonmachi (Japantown) flourished, with hotels, barber- shops, tailors, and groceries that supported a thriving community. At that time, Portland State University’s Lincoln Hall was Lincoln High School, attended by a number of Nihonmachi youth. On May 6th 1942, they felt the impact of federally directed discrimination when an exclusion order was posted throughout the city. Their families were instructed immediately to register at a civil control station, where they were issued identification numbers. Commanded to dispose of their property and bring only what they could carry, families were detained in shoddy barracks at the Pacific International Livestock Exposition Center (now the Expo Center) while they awaited placement in camps in the remote interior. Most were sent to Minidoka in Hunt, Idaho in August of that year. The sparse, inhospitable desert landscape of Hunt would be home to over 9,250 prisoners during the war. Despite the primitive conditions, internees reestablished their communities within the camp, and by November 1942, an accredited high school served 1,319 students. Nine former Lincoln High students graduated from Hunt High School in 1944.

Intrepid as they were, camp residents who were able to return to their homes after their release in 1945 met continued hostility from neighbors. Financial losses from property that had had to be sold or abandoned were incalculable.

Those imprisoned at Minidoka included the then two-year-old Roger Shimomura and his Seattle family. In the lithographs titled The Attack, The Camps, and Return Home, respectively, he incorporates text by poet Lawrence Matsuda, who was born in Minidoka. The artist’s gift of his Nisei Trilogy to PSU for display in Lincoln Hall honors the erstwhile Lincoln High students afflicted, like the Shimomuras, Matsudas, and so many others, by this devastating injustice.

Born in Seattle in 1939, Roger Shimomura has achieved national renown as a painter, printmaker, and performance artist as well as a distinguished professor of art, earning numerous teaching awards during his 35-year tenure at the University of Kansas. His early stylistic influences included the California Funk ceramic artists and especially Andy Warhol, whose Pop sensibility and embrace of printmaking continue to inform his work.

Shimomura was a distinguished military graduate from the University of Washington, Seattle and served as a field artillery officer with the First Cavalry Division in Korea. In 1967 he separated from the Army at the rank of Captain. In 1967 he then received his M.F.A. from Syracuse University, New York. He has had over 150 solo exhibitions of paintings and prints, as well as presented his experimental theater pieces at such venues as the Franklin Furnace, New York City, Walker Art Center, Minneapolis, and The Smithsonian Institution, Washington, DC. He is the recipient of more than 30 grants, of which 4 are National Endowment for the Arts Fellowships in Painting and Performance Art. Shimomura’s work is represented in the permanent collections of over 100 museums nationwide, including the Metropolitan Museum of Art, the Whitney Museum of American Art, and the Smithsonian. He is represented by Flomenhaft Gallery, New York City and Greg Kucera Gallery, Seattle.

See more of Roger Shimomura's work on his website.