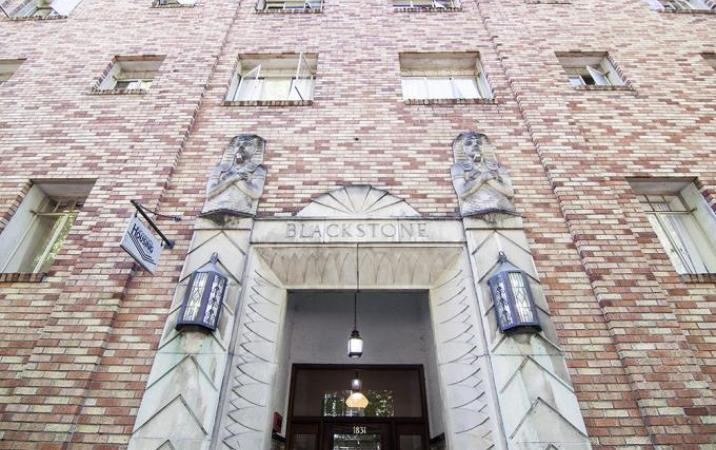 The Blackstone is a five-story PSU student residence hall that sits at the corner of the SW Park Avenue and Harrison Street where it faces the Smith Memorial Student Union Building across the Park Blocks, and is just north of Millar Library and the Harrison Street right-of-way. The Blackstone shares a block with two other PSU structures: Montgomery Court residence hall and the Simon Benson House.

The building was was designed by the architect, Elmer E Feig, and features Egyptian Revival elements. Blackstone was originally a residential apartment building completed in 1931 for the real estate developer, Harry Mittleman. Mittleman owned and operated the building until Portland Student Services in conjunction with Portland State acquired it in 1969 to serve exclusively as student housing.

Historical Photos of Blackstone from the University Digital Gallery