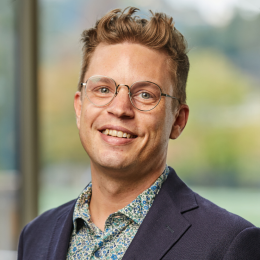 Office hours will be held via Zoom. During the scheduled office hours, go to Dr. Culver's Zoom Meeting Room, or email him to set up an appointment.

Adam Culver is a political theorist whose research explores the intertwined legacies of the emergence of modernity, the elaboration of racial hierarchy, and Black emancipatory politics. Foregrounding the racialized dimensions of modernity, his courses and research critically interrogate such foundational themes as the meaning of freedom, the relationship between history, theory, and politics, the limits of identity and identification as the basis for politics, and the quest for political community. His current book project, entitled Race and Romantic Visions: A Tragic Reading, explores a series of creative intersections between romanticism, modern black political thought, and philosophies of tragic possibility through readings of Johann Herder, Immanuel Kant, James Baldwin, W. E. B. Du Bois, Toni Morrison, Friedrich Nietzsche, and Sophocles.